Anguirel and Anglachel are two swords forged by Eöl from an iron meteorite. Both are black in color, with a pale glow surrounding them (after Anglachel is reforged into Gurthang, the glow is described as pale fire). Eöl kept Anguirel for himself, so it will feature somehow in this season. Maeglin steals it when he and Aredhel leave for Gondolin, and from there its history is unknown. Do we want Maeglin to wield the sword in the Nirnaeth and the Fall of Gondolin? And where from there? Is it lost over the walls? In the Third Kinslaying? Does it wind up in Tol Eressa as a relic?

Anglachel's history is more straightforward. It sits unclaimed in Menegroth's armory after Eöl barters it for Nan Elmoth until Beleg selects it when he goes to aid Turin. He wields it until Turin accidentally kills him while Beleg tried to free him. Turin and Gwindor take it to Nargothrond, where it is reforged into Gurthang. Turin wields it until he comes to Brethil, then lays it down for awhile until Orcs come to Brethil, then he takes it up again to fight the Orcs, uses it to kill Glaurung and then to take his own life after discovering his incest. When he dies the sword is broken and the shards are buried with him at Tol Morwen, the Stone of the Hapless which becomes the westernmost island created at the War of Wrath.

Aside from the blades, what other features do we want them to have? Handle length and shape? Blade length? The cover to The Children of Hurin depicts Gurthang as being fairly long as the sword comes up to just over his belt, though the hilt appears to be an arming sword-type. 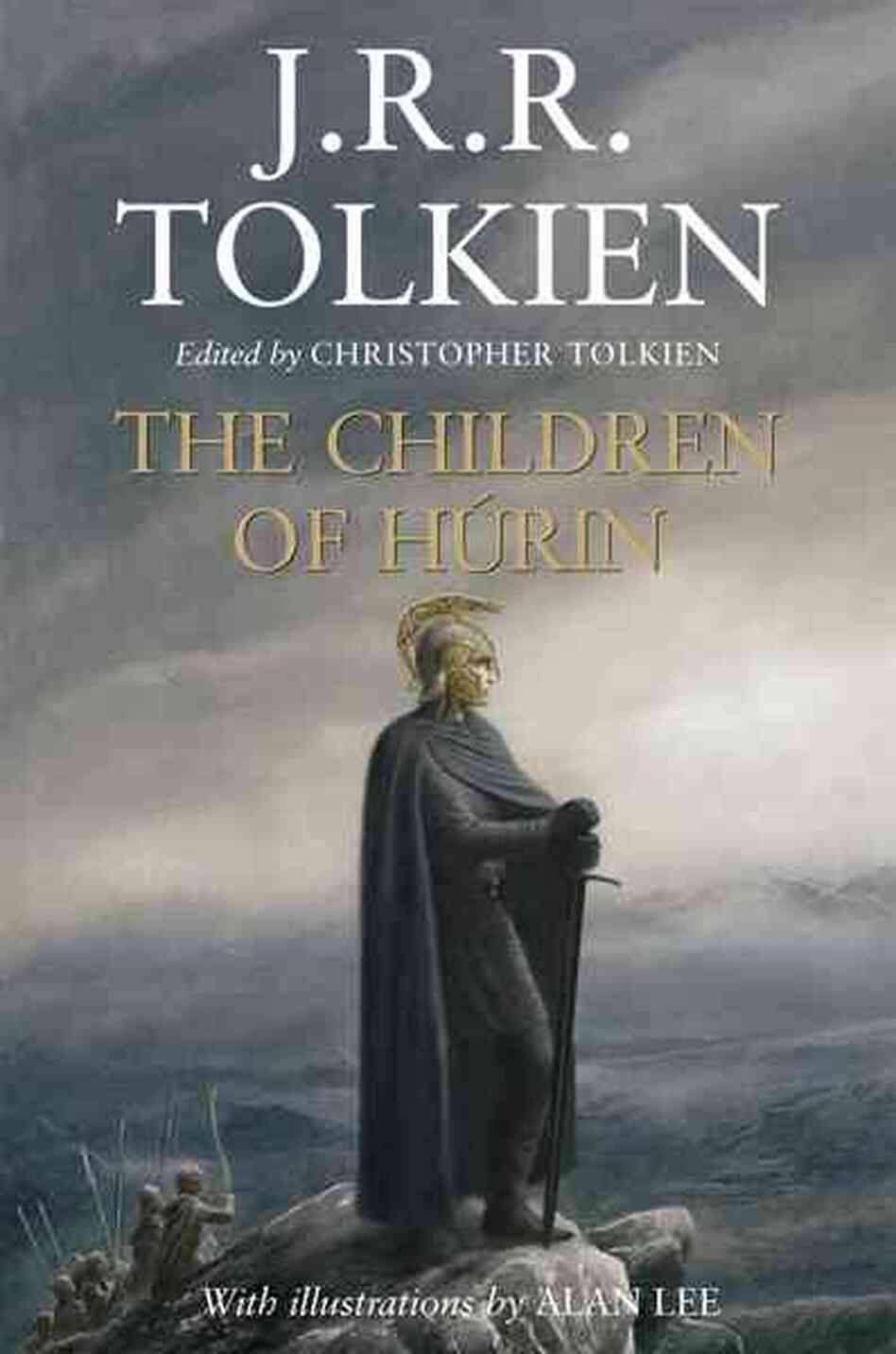 Staff member
Good call about looking at the existing artwork as a starting point for inspiration.

And here is John Howe's rendering of Gurthang:

I do like how Ted Nasmith captures the faintly glowing edge of the sword in his piece. And while John Howe has created an awesomely dynamic image of the moment where Túrin stabs Glaurung, he also has dressed Túrin a bit more like a barbarian than the refined 'elf-man' I would expect. Perhaps Túrin has taken on the dressing habits of the People of Haleth in this image. But what this image reminds me is...that sword needs to be long enough to believably stab a dragon to death. And if Túrin is going to be scrambling around a ravine with it...he has to be able to hold it one-handed, as shown in the Fran Camos image. Not necessarily wield it one-handed, but he will need that other hand for grasping on to rocks while he is climbing.


As for the metal of the blade - we want it made from meteoric iron for story reasons, so maybe some reference images of blades made from that source would be helpful. I know that the spear of Gil-galad at an earlier Mythmoot was made of meteoric iron, so I will have to hunt down a photo of it, eventually. It's a really beautiful piece. Point being, I doubt we'll want the sword to have a matte black appearance, but rather to look like a very dark steel.

Edit: Here is the Aiglos made by CedarLore Forge. I don't know if this is the same one from Mythmoot, but it certainly does have an interesting bluish sheen to it: