davekale said:
We've got our Melkor: http://www.hollywood.com/general/vin-diesel-wants-tolkien-movie-role-60460697/
Click to expand...

He does have a good voice for it at least.
H

There are some good cast choices. First I have no idea exactly how the Ainur would be portrayed on film. Tolkien describes Sauron as being able to take on guises as beautiful until he wsa caught in the fall of Numenor. As for Melkor, I like Fassbender. We have to keep in mind that Melkor was THE most powerful of the Ainur to come to Middle Earth and, with Manwe, may have been the strongest spirit created by Illuvatar in the beginning of all things. Keep in mind that Middle Earth was created by the great Song of the Ainur wherein each of the Aunir knew only a part of Eru's mind and each sang his/her part. However, Melkor was proud and tried to change the themes to the way he liked them. So there was strife in the making. Melkor was ashamed and hid. When Eru made the song into the physical Earth (Middle Earth) many of the Ainur desired to go down to it and order it according to the vision they were shown by Illuvatar. Melkor and the Ainur he convinced to follow him in the song also went. So we have a very powerful being who is proud, and in the beginning of his existence, childish. Arrogant yet that sometimes backfires on him as in the case of Ungoliant. I don't think Melkor starts out completely evil, but in his effort to get even for his shame he does great evil until, like many evil men, he fully believes that what he does is righteous. Tolkien, in the book Morgoth's Ring, makes the case that Melkor put so much of his power into marring the things Eru brought to Middle Earth, that Middle Earth became for Melkor Sauron's ring. I really think Fassbender can play this childish malevolence that Melkor had in the beginning, like a mean kid burning things with a magnifying glass. There are other actors who can pull this off, but I think Michael would be magnificent in this role.
H

Bre said:
He does have a good voice for it at least.
Click to expand...

I like Vin, but it is painful watching him trying to hide his accent.

Tom Hiddleston might be a good Melkor/Morgoth. He's got the fallen god act down - he's good at playing that tragic character who fell from glory and turned to evil but you always think (and hope) that maybe he'll come around. I'd originally thought of him for Turin Turambar, but now I'm thinking maybe you want someone more hotheaded for Turin, and someone more coolly calculating (like Hiddleston) for Melkor.

I suggested him for Eol, a while back, as well.

These are great suggestions! I think Andrew Scott might be really good as Melkor. I like the idea of Ben Barnes, especially since he fits my mental image of Melkor, but I'm curious as to whether he could pull off the acting required for that part. Maybe he can, I just don't know. 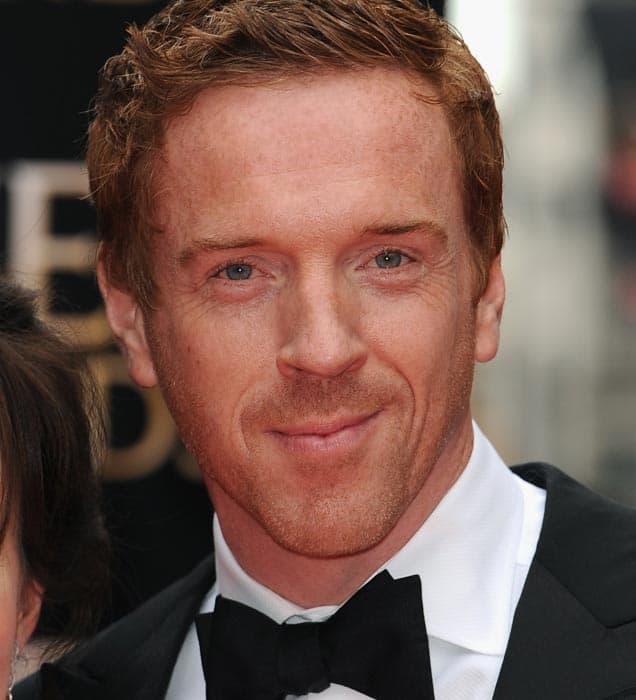 What about the english actor Damien Lewis? He comes across as extremely sincere and believable but at the same time plays both sides of the fence very well.

What about the english actor Damien Lewis? He comes across as extremely sincere and believable but at the same time plays both sides of the fence very well.
Click to expand...

A really good actor, indeed. Personally I don't think he is scary enough. But I agree, he has that quality, a bit unpredictable.

I saw Melkor choices and they are great. Fassbender would be awesome.
I also see Edward Norton in the nomination forum, what a great choice! He can play good an evil. He is not handsome enough for me, but it would be a very interesting choice.

I'm having so much fun! XD

You know what? I want Chris Evans to play against type for this. I actually don't love his voice for Melkor's voice, he sounds a little to folksy American, but I love his look and would enjoy seeing him transform through makeup into a real dark lord after being Captain ding-dang America.

Maybe Henry Cavill's better, he could drop his American accent and maybe ham it up as a good old-fashioned British bad guy.

I just feel like they have the kind of look Melkor would goose for himself, y'know?

Staff member
It's a little late though, isn't it?

Are the votes closed already? I thought next episode or the episode after was going to go through the actual votes.

Edit: No reason we can't still talk about it, in any event.

Staff member
Yeah of course, we can absolutely talk.

The Polls aren't closed but is Chris Evans nominated?

Nah, don't think so; I think the nominations are over, though.

I was listening to the Casting podcast today and got to the Melkor part and was like "man, everybody in the Melkor thread looks a little too much like a villain for my taste, we should cast somebody that looks like a superhero, physically imposing and just drop-dead gorgeous". Like for Melkor a real solid, beefy Chris Hemsworth type and then for Sauron more of a lean, sly Tom Hiddleston type, y'know?
Last edited: Mar 30, 2016

Staff member
Well, I like Michael Fassbender, who I believe can do both. We just have to make sure he doesn't do the thing he did in Prometheus. He can be a good-looking, likeable guy.

Staff member
I think as a more general discussion, it's a difficult and interesting question - do you go with or against stereotype? I'm not sure. Usually, I would argue against stereotype casting. With the Ainur, and especially the Valar, I'm not so sure. They're supposed to be archetypal, which is almost the same thing as saying that they are stereotypes. But at the same time, you don't want the casting to give away the plot.

i think it really depends. For Melkor in particular I think you get something out of casting him as a Greek god type, not the least reason being so you can watch him crumble into a ruined wreck of a man by the time the Valar toss him out. For the other Valar I think you get less out of going against expectations.

Staff member
I agree. I think Fassbender can do that.
E

After listening to the latest podcast I thought Henry Cavill would be a great Melkor but I see ouzaru beat me to it. Good looking, powerfully built, imposing. I think he could play the seducer/corrupter and then turn it into something evil.