RAY STEVENSON as TULKAS base
NicoleHobbitday says: "He's been typcasted a bit since his role as lovably violent Titus Pullo in HBO's Rome, and I'd hate to do it again, but I think he could perfectly capture Tulkas' wanton sort of revelry, and his toughness. He's capable of seeming quite ferocious, but also warm and cheerful. "

I second her choice.

I think it is important that the actors not be too well known. We can't have them bringing a lot of celebrity and baggage to their roles (especially the Valar). I mean, you could not have Tom Cruise (for instance) play a Vala, as, no matter what, people will only see Tom Cruise, not the character.

Someone who looks like a younger Donald Sutherland. (Tulkas, must of course, be blond)

Staff member
What about a young Nick Nolte with a beard?
C

I've suggested Idris Elba or Dwayne 'The Rock' Johnson elsewhere, but if it would be preferable to not use overly big names (which I think does make sense) then how about Hafthor Jules Bjornson (that's as close as I can get to the right spelling), aka The Mountain from Game of Thrones? Still recognisable but probably not as much as Ray Stevenson.
Alternatively it might not be the worst of ideas to use other professional wrestlers, if we're putting The Rock out there. John Cena, Dave Batista, Brian Cage... Admittedly the actual acting might be a little less award-worthy, but Tulkas doesn't need to be incredibly complex. He can be soft and he can be very very hard. (Ignore what that sounds like.)

Staff member
Of course, there is Kristofer Hivju. Unless we want to cast him in a different role. 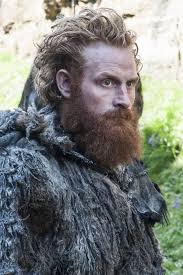 Haakon said:
Of course, there is Kristofer Hivju. Unless we want to cast him in a different role.
Click to expand...

Haakon said:
Of course, there is Kristofer Hivju. Unless we want to cast him in a different role.
Click to expand...

Staff member
I've reconsidered here. The problem with Hivju is that his face and expression might be great but he isn't that much of a warrior god actually. He is a good actor, but I believe we need someone else for Tulkas. If we are going to go for the Hobbit and the LOTR as well, there will be something for him. For Tulkas, I'm afraid he doesn't have the right mix of aggression and joy that I believe we are looking for.
Last edited: Aug 6, 2015

Staff member
https://www.google.se/search?q=the+rock&espv=2&biw=1050&bih=671&source=lnms&tbm=isch&sa=X&ved=0CAYQ_AUoAWoVChMIyvL57JyVxwIVBAUsCh38IAFR#imgrc=1UyAe3QdMekRwM:
The Rock was mentioned somewhere.
B

What about a Ben-Hur era Charlton Heston? 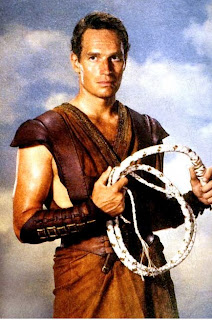 Brandon Lovesee said:
What about a Ben-Hur era Charlton Heston?

Frankly, I think Heston is way too weak. Maybe he could be an ok Oromë, but I don't think he's got what it takes to portray Tulkas. Also, I'd like us to be cautious with the older actors.

Dave Batista was suggested earlier and I really like that suggestion, though I need to see a more jovial performance from him than in Guardians of the Galaxy to be certain.

Nicholas Palazzo said:
Dave Batista was suggested earlier and I really like that suggestion, though I need to see a more jovial performance from him than in Guardians of the Galaxy to be certain.
Click to expand...

How is Bautista compared to Dwayne Johnson? From the little I've seen of The Rock he seems to be both aggressive and a nice, as you say, jovial guy.

Honestly, Dwayne Johnson is at the top of my list. The question is whether we would consider him to be a "name".

Staff member
Ok. I think we have to focus on doing the best casting rather than avoiding people. I say we simply define what we're looking for and see who could do the job. In this case, we have few, if any, real competitors. My vote is for Dwayne J.

Staff member
I smell what The Rock is cooking.

Hey Dave, this is for Prof. Olsen. 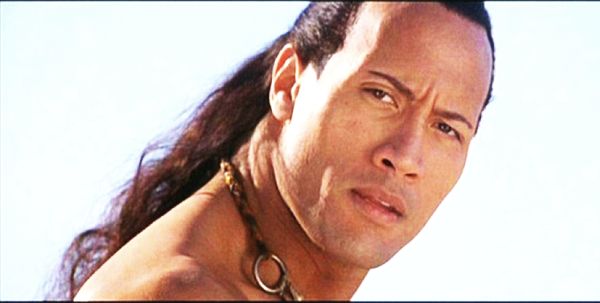 Staff member
The Rock is just a wig away.

Nicholas Palazzo said:
Hey Dave, this is for Prof. Olsen.

Oh good!!! (playing catch-up) I was listening to 1-1 and heard Prof Olsen say that about the Rock and Tulkas having long hair, and I was at working, mentally wanting to yell out, "GO WATCH THE MUMMY RETURNS!!!!!"
You must log in or register to reply here.
Share:
Facebook Twitter Reddit Pinterest Tumblr WhatsApp Email Link
Top