DISCLAIMER: I am not an artist. I just have colored pencils, a compass & straight edge, and access to the internet (and Google searches for fashion templates) and a printer. But just describing costume ideas with words is confusing and often vague. The following ideas are not at all polished images (no attempt has been made, for example, to make them 3-d). But hopefully one or two of them are good enough that Bre or someone else far more qualified than me can take them and make them acceptable designs.

And, for some reason, I'm much more inspired/have a lot more opinions about the female villains than any other costumes considerations. Thinking over a female Balrog (pre-fall) now, but Ungoliant and Thuringwethil is ready(ish) now.

First, Ungoliant. This in particular is the outfit I imagine her wearing in her first appearance back in Season 1, before we know she's evil. The theme here is ensnarement/captivity. The dress and jewelry is silver, for light, but the circles in the dress and the chains attaching the silver ropes are both black, implying its capture and imprisonment by her webs. The black circles in particular are meant to invoke spider webs, whirlpools, or hypnotism. There is frequent asymmetry, to give the impression of "wrongness" throughout the outfit. I tried to make this sexy without showing miles of skin. But how sheer/opaque should it be?


Second, two options for Thuringwethil's cloak. I'm not committed to the length of either one, but both are inspired by bats (the first by the way a bat sleeps, the second by its wings outstretched). The first is meant to be more "secretive" than the other: it's darker, and tighter, almost like she's creating her own private, enclosed space. The fabric is meant to be stiff, and it "cuts" into itself several times before being clasped shut, to give the impression of being wrapped several times, or "enveloped". The second takes much more space, jutting out at her shoulders. The structure is provided by monster bones sewn into the cloak; one or more of these could be broken in the fight with Luthien. It's brown with shots of red throughout, to invoke the veins visible in a bat's wing.

EDIT: also, both cloaks ought to have an oversized cowl that overshadows the face when raised, so that Luthien can sneak around pretending to be Thuringwethil.

Next, female Balrog. It's a bit obnoxious in colored pencil, but I wanted to have the costume be the various colors of flame, so orange, gold, yellow, and blue. Boot are currently brown, but I'm not sold on that. The outfit is meant to be vaguely militaristic, like a medieval squire. There's an emblem on the front of the tunic and the back of the short cloak, which is an abstract representation of the six-winged seraph. Did we decide that the pre-fall Balrogs had wings? If so, we might drop the cloak.

Great. The more I look at it, the more dissatisfied I am with the cloak. Too superhero-y. White wings would be better. Should they have two, or should we play up the association with the seraphim and give them 6? If we do, someone should come up with an emblem for the followers of Melkor for them to wear, if we stick with the idea of a quasi-uniform.

I don't mind the association with the Seraphim, but while six wings sounds good on paper, I'm sure it's a nightmare on screen, especially if you want them to be articulate. Also, once they are "shadows like wings", I think that six won't read as wings.

I'd stick with two, but that's just me.

Staff member
For the second, shorter, Thuringwethil cloak, you can make it longer in the back and shorter in the front. So, the length (to the knees) is fine from the front, but in the back, it can dip to mid-calf or even ankles (especially if you make it pointed). I happen to have a cloak of that design....I think it's based on a 1920s outfit. I'll see if I can find the pattern. Obviously, mine does not have stiff bat bones in it; the only boning is in the collar, which pops up to the full height of my head.

Again, not an artist, but I think I could depict that. I'll try tonight.

Staff member
Here is the pattern I used to make my cloak:

I can definitely work with that.

Do you guys like the idea of the bone structural components? I thought it would be cool to have, especially for the Luthien/Huan fight, but is it too much?

Staff member
Boning is a fun structural component and makes costumes interesting, usually, so I'm for that.

Someone else seemed to be playing with a similar idea when making these cloak patterns:

I also think that her cloak should involve a LOT of fabric: whether we go with something that doesn't look big (like idea #1) or not, it definitely should be able to be thrown open and just dominate a space.

MithLuin, is the attached more like what you were thinking?

Staff member
Hmm, yes, something like that! Not sure if you want to make that more wing-shaped in some way.

Your first Thuringwethil design reminded me strongly of the costume for Zero in Code Geass. Being anime, his cape does whatever he wants it to, but lots of dramatic flaring as he swings it wide....and very wrapped up and bat-like when closed. 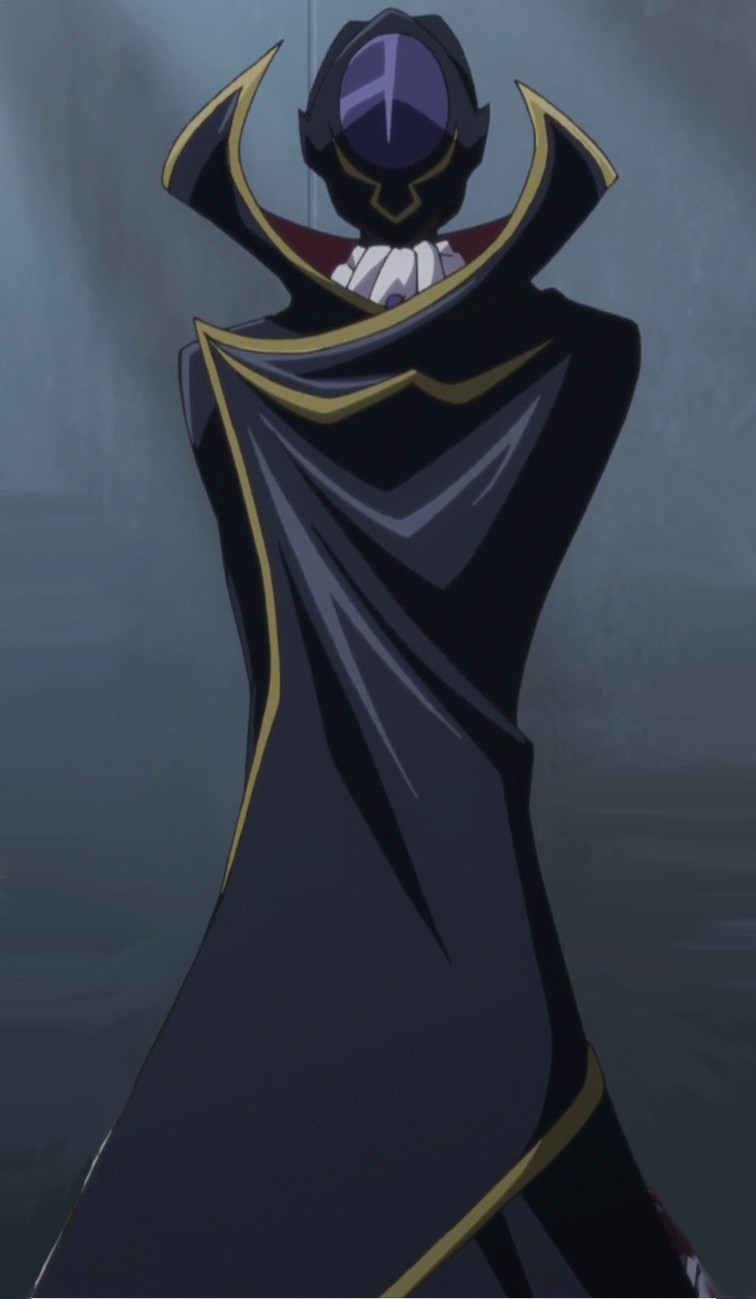 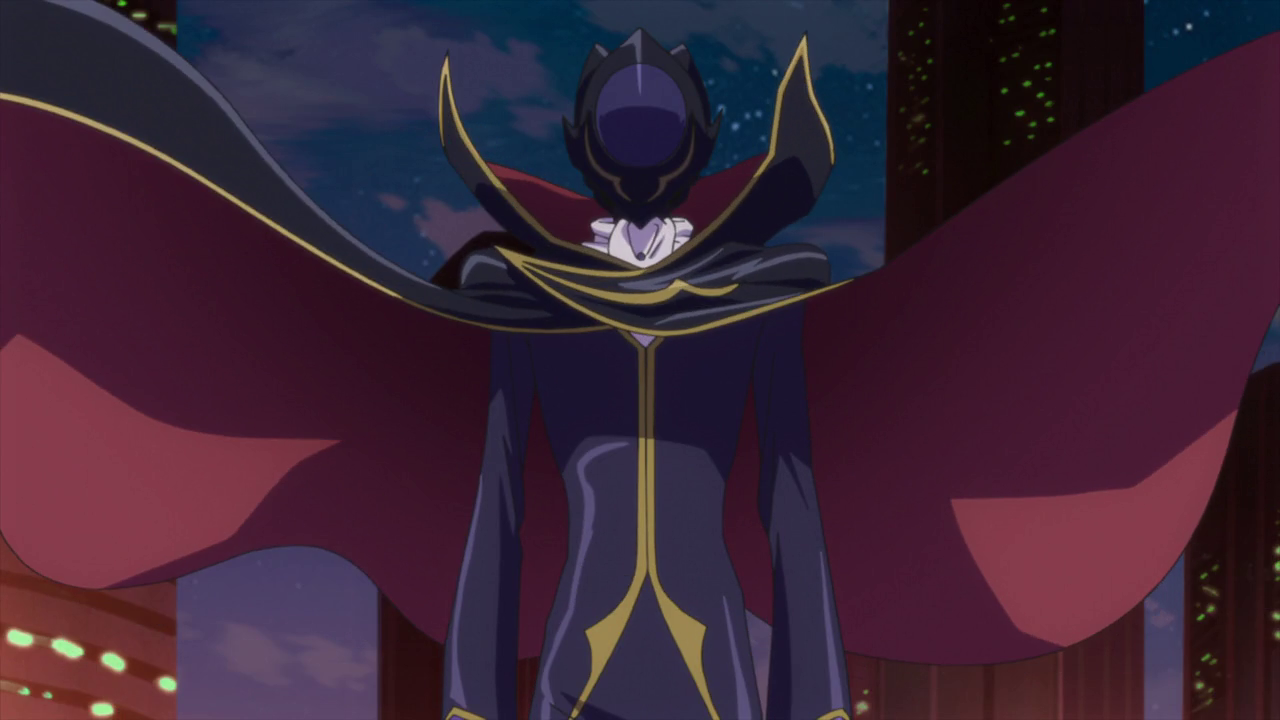 Making cloth actually do what anime costume designs do is typically a bit problematic, but it did seem to match what you were trying to achieve (just likely in a different color scheme).

This look was designed by CLAMP, and is strongly reminiscent of Kamui's cape in X. http://oishiianime.com/wp-content/uploads/2010/07/X-Kamui-Shiro.jpg I would say that, in general, their stuff is waaaay too over the top to be used in any sort of realistic show. I mean, they're not Sakizou, but still.
Last edited: Nov 16, 2016

MithLuin said:
Hmm, yes, something like that! Not sure if you want to make that more wing-shaped in some way.
Click to expand...

"Make it more wing-shaped" is when I official turn it over to the actual, competent artists.

I've never seen Code Geass, but that dramatic flair is something I would like to duplicate for Thuringwethil.

I have a few new ideas for your critiquing pleasure. The first two are 1) a re-do of the Balrog (pre-fall) uniform, with more metallic colors, a longer tunic, and an asymmetrical emblem (you might have noticed I like asymmetry for the villains). #2 is an oversized cloak/hood I think they could wear after destroying the Lamps but before the Season Finale reveal. It's baggy and severe, with a lot of buttons all the way down the front (not in the center, because that's boring) to make absolutely sure the cloak stays 100% closed.

After that, there's the simple outfit I imagine Thuringwethil wearing under her awesome cloak. I can't draw daggers (AT ALL, I tried), but I rather like the idea of her having roughly 10,000 hidden somewhere on her person at all times -- it fits the spy/assassin theme we're going with.

Next is a whole new look for Ungoliant. I'm re-listening to the Season 1 podcasts, and one the the execs suggested having Ungoliant spinning around on her webs, a graceful partner for Nessa in the dance. Which she absolutely couldn't do in that dress (which I'm growing completely dissatisfied with, anyway). So here's another idea. I tried to make it weird, completely unlike anything in the PJ interpretation's aesthetic, but it might be the wrong kind of weird. I'm going for ninja-assassin-ish, but I'm afraid it veered too close to sci-fi.

Finally, a non-villain! I couldn't draw Ungoliant in Season 1 without thinking about Nessa, so I have a rough design for our favorite fleet-footed dancer.

Staff member
Hmmm, I like the direction the color scheme is going with the Balrog costume. I forget - did we cast Arien?

Asymmetrical across the chest on a female is hugely challenging. It can certainly be done, but it's difficult to do without just looking...weird. Might be helpful to find a reference image for comparison (but I don't have any suggestions - sorry; the first asymmetrical villain outfit to come to mind is Marvel's Loki, but they haven't done a female version of his film outfits yet).

I'm not sure what I think about the Ungoliant costume, but it is an interesting idea. I think the slits could be achieved by chaining the different pieces together...a harsher version of what you see on Tauriel's sleeves, and with more visible skin. Give the impression that she's molting.

Maybe something like the techniques used in this dress (it's called faggoting):

I don't think we did cast Arien... which seems like a pretty big oversight, considering the role we gave her in the Lamps storyline.

If the emblem should be symmetrical, I have a few ideas attached. One is on its side, because I have the attention span of a goldfish today, apparently. The coloring isn't, of course, set in stone: I just thought having 3 possible colors would so the different parts better than uniformity.

Staff member
We did want the balrogs to have a militant, uniform look to them, so I like the idea of an identifying emblem or badge.

That's what I was thinking: especially re-listening to Season 1, where Corey repeatedly suggests we want the Balrogs to defer to Melkor to an extent that makes the other Valar uncomfortable. And, frankly, they always act as a unit until the fall of Angband at the end of the First Age.

The emblems I've been playing with are still based on the six-winged seraphs; Corey at one point said "archangelic", but Lucifer/Satan has traditionally been thought of as a seraphim, and if I remember my Milton correctly, he has most of the fallen angels be seraphim, as well.

I don't know why, but p3 is really appealing to me.

Staff member
The idea of a symbol that translates to '6-winged seraphim' without actually putting 6 wings on the balrogs is a pretty good idea - subtle enough to be open to interpretation rather than totally blatant.

No one ever knows what this costume is unless I tell them:

It's Mjölnir. (My braided hair is the handle, not shown here). It works better when I stand next to someone dressed as Thor, of course . But my point being that an emblem alone doesn't give away the reference but can certainly help with the design.
You must log in or register to reply here.
Share:
Facebook Twitter Reddit Pinterest Tumblr WhatsApp Email Link
Top