Staff member
I suggest Fingon should be played by JJ Feild. 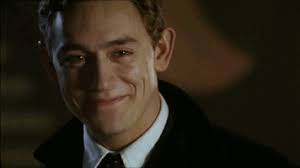 He's a good actor, should be able to do a great job.

I like him, but wouldn't he look a bit too old?

Maybe. He's 33? It's just a few years younger than Tom Hiddleston, but I think that we can solve that with makeup.

Depends on how young we are going with this generation.

Haakon said:
Maybe. He's 33? It's just a few years younger than Tom Hiddleston, but I think that we can solve that with makeup.
Click to expand...

Also, as adults, there would be no apparent age difference between Fingon and Fëanor.

Sure. After their reaching their adult age elves basically only have three phases: young, ageless and ancient. At which age do they look ageless? Do we have examples? Elrond looked ageless... At an age of 5000, legolas looked more youthful, being most likely born after the last alliance ( actually that would be my main point against legolas being the same person as the elf of gondolin - he seems to be younger than eleond who wasn't born at the time of gondolins fall). Luthien was in her youthful circle while being in her early 3000s, arwen in her late 2000s. Do we have elves in their 4000 s we know about? It looks to me that somewhere between their late 3000s snd their early 5000s their change occurs...

Well... Elrond is not an elf, and he looks neither young nor old, while most elves just look young.... until they get to be Cirdan's age, and then switch to OLD.

I 'm not sure about this. After his choice he technically - and that probably means biologically as well - he's an elf. And his brother is a normal mortal human - again, technichally.

They take 50-100 years to grow up entirely, depending on the individual, but by 50 they are young adults.

Elrond chose to be counted among the Firstborn, but that did not wholly change who or what he is. JRRT called him "mighty among Elves and Men". I would not think he lost all his mortal traits, and he and his sons are the only characters described as "neither young nor old" (unless Arwen is too -- I forget), while Glorfindel just looks young.

Well i believe galadriel and celeborn look pretty much ageless too. But you're right, glorfindel is explicitly described as looking young. He was reimbodied though , so technically he was only 2000- 4400 years old. Of course tolkien disn't know that at the point he wrote the lines which described glorfindel..

I still think elrond could be taken as an elf in his second circle, though he might not be the best example , for just the reasons you mentioned. Galadriel and celeborn could be better examples for 2ns circle elves i think. After all, cirdan is the only third circle elf we meet in the books, isn't he? And hes aged 7000+ While galadriel is only 200-300 years younger ( or am i mistaken here?)
Last edited: Sep 16, 2017
F

Did Tolkien ever say what first, second, and third cycles of life are? Or did he just leave it mysterious?

I'm tending towards the latter, however tolkien gateway for example argues for the first scenario.

Staff member
I am assuming that either great age or difficult experiences could push an elf into the third cycle of life. Círdan reaches it because of great age. Gwindor is a ruined elf, but part of that ruination is to look aged after his captivity in Angband.

The half-elven do not age like elves, even if they choose an elvish life. They reach adulthood in their early 20's (like Men), unlike an elf, which would still be a child at that age. And they then remain youthful more-or-less indefinitely, as Arwen is over 3000 years old before she makes her choice to become mortal. And she does not show her age until after the death of Aragorn.

Realistically, all adult elves should be in more-or-less the same age bracket of actors. Children can be played by actors who are older than the actors who play their parents. That's...part of the elvish immortality thing. It's supposed to look strange.

But, practically, we did choose some older actors for some of the older generations, leaving the younger generations to be played by *slightly* younger elves. Not significantly, though. I think that 25-35 is an acceptable age range for the actors playing this generation of elf. Will they be the same ages as their parents? Yeah, sometimes. That's not really a problem, though.

Some elves, like gwindor or mahtan ( maybe cirdan too?) age faster than the norm... That's true! Sorrow is a main factor in that...

So we could on and off have a few elders among the elves if we wish to. All in all i think our elves would be somewhere between men in their 20ies and their 40ies, at last most of our actors cast as elves so far are.

That would be tolkiens elves in the fiest age! But it probably would look too weird to a modern audience...
F

The half-elves were a special case. Elrond and Elros and all their half-elven ancestors were born before Earendil and Elwing came to Valinor. At that time Manwe says what I interpret to mean "All half-elves have been mortal until today, but from now on I will grant them a Choice." Their sons were 10 by then, and probably kept growing at the mortal rate, but after they were grown I think the Valar put them into a sort of non-aging limbo so they wouldn't get old before they had a chance to make their Choices.

Afterwards, my understanding was that Elrond's children grew and remained young exactly like Elves do, and would remain that way until he sailed West. But I expect that Elrond will have beard by the time he's 11,000 years old or so.


On the other hand, I think I saw in another thread that you made Celeborn one of the Elves of Kuivienen, instead of the grandson of Elmo. So then you need to explain why he doesn't have a big beard in the LotR, despite being the same age as Cirdan or even older.

So, can we get back to suggesting people for roles?

Well... i know this is a casting threat, but i don't think we've messed up. It's just an important issue that should be discussed. Especially with casting in mind!

Faelivrin said:
On the other hand, I think I saw in another thread that you made Celeborn one of the Elves of Kuivienen, instead of the grandson of Elmo. So then you need to explain why he doesn't have a big beard in the LotR, despite being the same age as Cirdan or even older.
Click to expand...

I think that's easily explained. Most elves simply never grow beards. But I see your point, our actor might be slightly too young for the role - but Celeborn could be considered "well-preserved".


Ange1e4e5 said:
So, can we get back to suggesting people for roles?
Click to expand...

Staff member
What about Jonathan Groff? 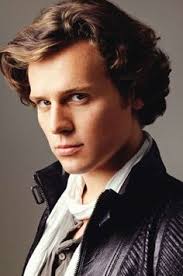 Haakon said:
What about Jonathan Groff?