Ok, I'm putting it in for Saturday again. I'm really hoping we can get some more attendance this time. Even if you aren't interested in being on camera, feel free to stop by in the chat.

Staff member
I will be there! I'm now booked on Sunday, so free on Saturday

Ok, live in 25 minutes. I'm trying to get some video up by the time we start rolling.

Staff member
Episode 8: In Which Tulkas fancies himself a diplomat, to the ruin of us all.

Frame: Minimal frame this episode. We open with Estel in his lesson, and a brief voiceover by Elrond brings us to the ancient days of Arda.

Establishing shot of Valinor, showing the different areas of each of the Valar. In particular, we will see the forests of Oromë, who now has his horse and hounds. The scene is lit by starlight.

We come upon Yavanna, who is by herself and despondent. She may be working in her garden, but her heart is not in it. Nienna seeks her out, and expresses condolences over the loss of the Lamps, pointing out that their loss hurt Yavanna the worst. Yavanna plays this off as, well, we all miss the Lamps, but we can't dwell. Nienna tries to explain that mourning the past does not mean giving up hope for the future. [Note: This Episode will pass the Bechdel test.]

Next we join Manwë and Varda, in their new place on Taniquetil. Manwë is troubled, trying to decide what to do about Melkor. Varda is of the opinion that nothing can be done. Manwë decides he has to try, because if there is a chance, no matter how small....it's his responsibility to take it.

Manwë approaches Aulë, to invite him to join him in this diplomatic mission to Melkor. He thinks that since Aulë and Melkor worked together, there may be some value to their friendship in convincing Melkor to rejoin them. Irmo is there, and he suggests Olórin to join in the mission, as he thinks he would be a good diplomat. Tulkas and Oromë are there as well. Oromë did not look terribly pleased by this whole idea, but said nothing. Tulkas volunteers himself to go, as he has some unfinished business with Melkor. Manwë may look fairly alarmed by this idea, but Oromë intervenes and says he has an idea that Tulkas will like much better.

Manwë, Aulë, Olórin, Curumo and Mairon arrive at Utumno. It is a huge palace. They are greeted at the door by one of the Maiar who left Almaren with Melkor (not the balrogs). They are shown into a large open hall with a huge throne at one end. Melkor is waiting for them. After the greetings are exchanged, Manwë asks Melkor, 'Won't you come down and speak with me....alone?' Melkor hesitates, but then complies. He and Manwë go to an adjacent room (smaller), but still with an imposing seat for Melkor and a lesser one for Manwë. Melkor opens with, 'So, what do you think of my place?' and Manwë responds by doing his best to compliment Melkor - commenting on the hard work he clearly put into it or something, but his praise falls short of what Melkor hoped for, because Manwë does not 'get' Utumno.

We cut away from Manwë and Melkor's conversation to Oromë and Tulkas in the woods of Middle Earth. Tulkas is a bit confused and upset that Manwë is trying a peaceful overture to Melkor when what he clearly needs is a good punch in the face. Oromë doesn't disagree, but tries his best to explain Manwë's point of view. It comes out as, 'Not what I would do, but I can accept it.' Tulkas asks him what he would do, and he smiles and darkly answers that there's a reason such decisions are not left to him, 'You don't want to know.' Suddenly, there is a tremor in the earth, disrupting the local fauna. Tulkas asks, "What's that?" and Oromë responds, "That's why we're here!" A giant beast* breaks through the forest, and a fight begins.

We cut from the fight scene to the Maiar waiting in the Throne Room. Aulë has wandered off, inspecting the construction of Utumno. Curumo opens the conversation with the question, 'Why are we even here?' Mairon quickly explains that they need to get Melkor back on their side, and Manwë is doing what he can to accomplish that. Olórin corrects him saying, no, we're here for Melkor's benefit - this is to give *him* an opportunity.

We return to Manwë, who is as calm as when we left him previously. Melkor has become more agitated. Melkor does the fake-affronted thing of 'Oh, so *now* you want me back. I knew it would come to this. The best thing you ever had was what I gave you - the Lamps.' Manwë invites him to rejoin them in Valinor, saying that he could do great things again, if he is willing to work with the other Valar. Melkor takes this as an insult against the glory that is Utumno, because Manwë seems to have glossed over what Melkor did on his own. Manwë returns to the topic of the Lamps, and Melkor prevents his accusations by saying, 'So now you are blaming me for that?' Manwë shakes his head and says of course not - that was my fault. Melkor is shocked into silence by that, so Manwë explains that, as the leader, it is his responsibility to see to it that everyone is working together in harmony. If they are not...it is because he has failed. Melkor suddenly realizes that Manwë sees and understands a lot more than he ever gave him credit for, and he is afraid. He stands up abruptly, going all 'don't take me for a conjurer of cheap tricks' while conjuring some tricks, and yells at Manwë to get out. We see Manwë stand as well.

We cut to the fight scene in the forest. Tulkas is laughing and having a grand old time. Together, he and Oromë eventually take down the beast. Tulkas thanks Oromë for inviting him, but Oromë seems preoccupied. He comments that they didn't used to be so large, and then turns to follow the path through the forest, trying to see where the beast came from. Tulkas follows him, and the path leads to a clearing where they see another of the creatures....and off in the distance, the spires of Utumno are visible.

We return to the Throne Room, where Melkor and Manwë rejoin Aulë and the Maiar. Manwë says something like, "We are finished here," but then Melkor addresses Aulë, mocking him for following such a weak character as Manwë. Aulë loses it when he hears this, and gets right in Melkor's face. Off to the side, we see a door begin to open. Melkor is moments from calling out his reinforcements. Manwë recognizes that and says they are leaving NOW, and they do. Curumo is angry that Melkor spoke to them that way, Mairon is upset that Manwë stood for it without answer, and Olorin is just sad and troubled.

Back in Valinor, we see Nienna in the Gardens of Lorien visiting the wounded Maiar (Arien, Ungoliant's victims). Yavanna comes to find her and explain her new project. She thanks Nienna for the insight and new direction.

Meanwhile, Olorin is reporting to Irmo what happened. He's discouraged and feels that he was a failure - he didn't do anything to prevent the outcome. If only he had spoken up, maybe.... Irmo stops him and says, 'It could have turned out differently, but it could not have been better.'

Manwë and Varda are having a rather different conversation. He is discouraged - it went as badly as he thought it would, but maybe even worse. He feels that they are further than ever from peacefully resolving their differences, and that he does not know how to reach Melkor. Varda states that if anyone could have swayed Melkor, it would have been Manwë, and that Melkor made this choice long ago, before the Music - it is not a new path he is following.

All of the Valar are gathered together. Manwë is looking for their path forward, and is at a bit of a loss. Yavanna steps forward and says that she wants to do something for all of them. She begins chanting, and everyone falls silent to listen. Slowly, we see two spots of light form on the ground. As Yavanna's song continues, we see rivulets in the ground as well. As the camera pans up to follow the rivulets to their source, we see Nienna quietly weeping on the side. As the camera pans back to Yavanna, we see two young saplings emerge from the ground - first one, and then the other. As the song continues, the Trees grow, until they both (eventually) bloom. The Valar are in awe of this. Manwë realizes that this, here, is his answer to 'What will we do?' The wounded Maiar, who had been improving in the Gardens of Lorien, are now restored to full 'brightness' in the light of the Trees.

We see that the Trees are lighting all of Valinor, to the Pelori....and there stands Melkor, looking down. He wanted to see what the others were up to over here, and he's disappointed by what he found.

We return to the Frame and see a tapestry of the Two Trees in Rivendell. Estel might ask a question (like, "What happened to them?"), but not necessary.

*Possibilities:
Large carnivorous dinosaur - T. Rex, Gigantosaurus, made-up creature that resembles these
Andrewsarchus - possibly the largest mammalian predator ever, who lived during the Eocene (just after the K-T extinction event, aka the fall of the Lamps), though possibly not impressive enough for our purposes: http://www.amnh.org/explore/news-blogs/on-exhibit-posts/andrewsarchus-superb-skull-of-a-gigantic-beast 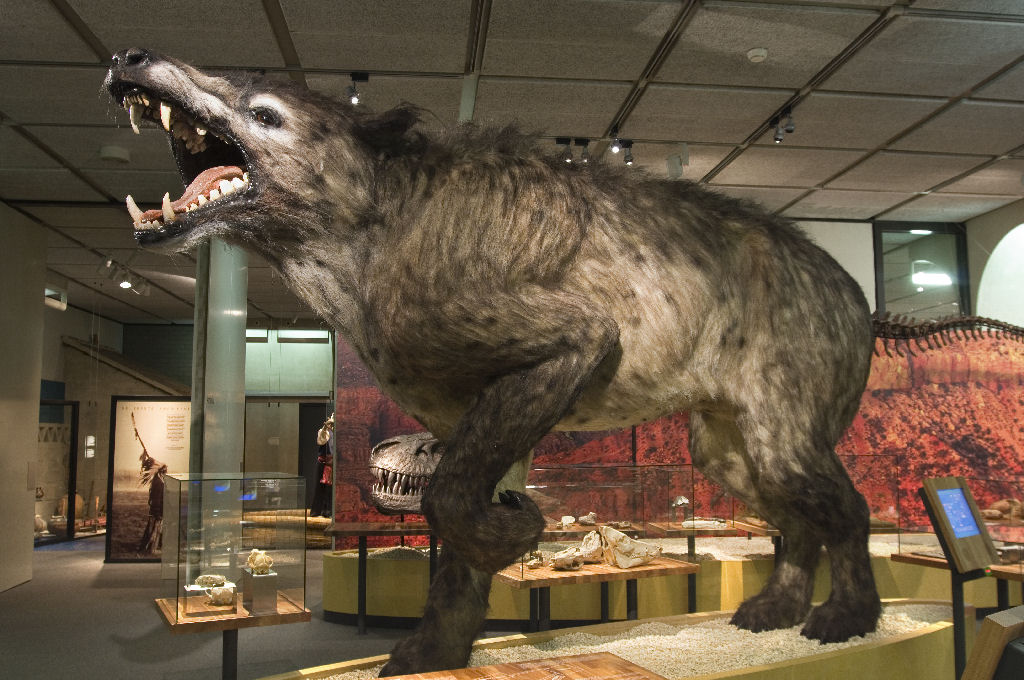 Wow... Finally got another video posted. Here's the two I have so far.