Staff member
We discussed this role in the forum and it was proposed (by Marielle) that Thuringwethil should be a 'sweet, almost ingenue little thing' who also is this ferocious vampire bat. This makes a lot of sense. It makes her different from Ungoliant. It creates a tension between sweetness and the horrific bat form. Also, she will be someone who Mairon can relate to. He has also a sweet persona. So. I nominate Carey Mulligan. She's got what it takes. http://www.imdb.com/name/nm1659547/?ref_=tt_cl_t4
Age: 31
Height: 5' 7" 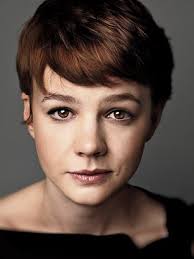 Staff member
For Thuringwethil, our shape-shifting bat spy who is obsessed with ferreting out secrets (but maybe likes to keep her own closely guarded and keeps others at arm's reach), I nominate:

She certainly has experience playing villains, and it would be a lot of fun to dress her up in Thuringwethil's vampiric costume. I also think she would be great for a character who demands that others treat her with due respect. The internal squabble in Angband among the villains is a lot of one-up-manship and focusing on who gives the orders. She is meant to play someone outside the chain of command, following her own will, while clearly gravitating more towards Sauron than the balrogs. She treats him as an ally, and he's using her for her information. . . but she obviously manages to get along with his enemies the balrogs as well.

She has played a vampire (Eve in Only Lovers Left Alive) and she is the White Witch in the Narnia films. She has a starving androgynous look to her that should work well for a villain. She can also disguise as more normal-looking:

I nominate Lara Pulver. She seems the type to delight in secrets based on a few other characters she's played, and has a good vampiric look about her.