Staff member
So we need to discuss what Tirion should look like. It is situated at one end of the Calacirya, the pass through the Pélori, on top of the hill called Túna. So the first thing one notices is that this is a pretty special setting. We will have to find several pictures contributing to different aspects of the complete idea of the place.

And then, the city itself. There is a tower. We need to discuss what that should look like. But before we jump to discussing the tower, we should decide on the general look of the architecture.

Staff member
Yes, how 'medieval fortress' is Tirion going to be? I think there's a lot of questions about making a wonderful beautiful city...but having this be (essentially) the Noldor's first attempt to build with stone. We can maybe show some minor early work in stone at Cuivienen, but...*nothing* on this scale. They have time and help (from the Valar) to design and build Tirion, but still....how 'early' are we going for? This isn't going to be pyramids, but it isn't exactly going to be Dover Castle, either, is it?

Some images of Dover Castle for reference: 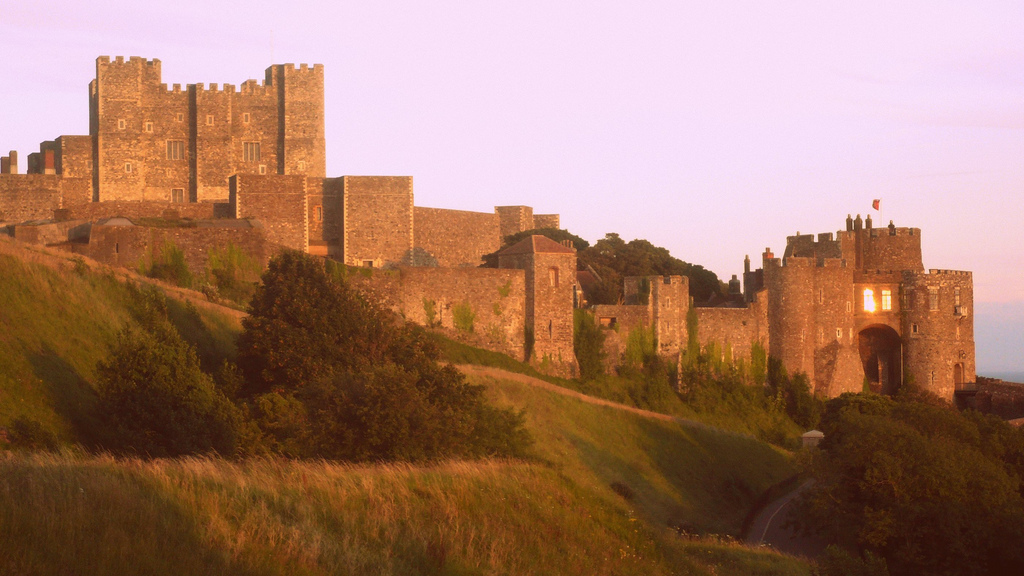 That's....too much. Is Tirion even walled?

MithLuin said:
That's....too much. Is Tirion even walled?
Click to expand...

I don't think Tirion would be walled. Why would it be? Gondolin will basically be a smaller version of Tirion + walls.

There is a degree of desire to see spires rising up from the city, with the lighthouse tower standing high above the rest.

Staff member
A non-walled stone city is going to be tricky to find for reference, I think...I'll see what I can come up with! 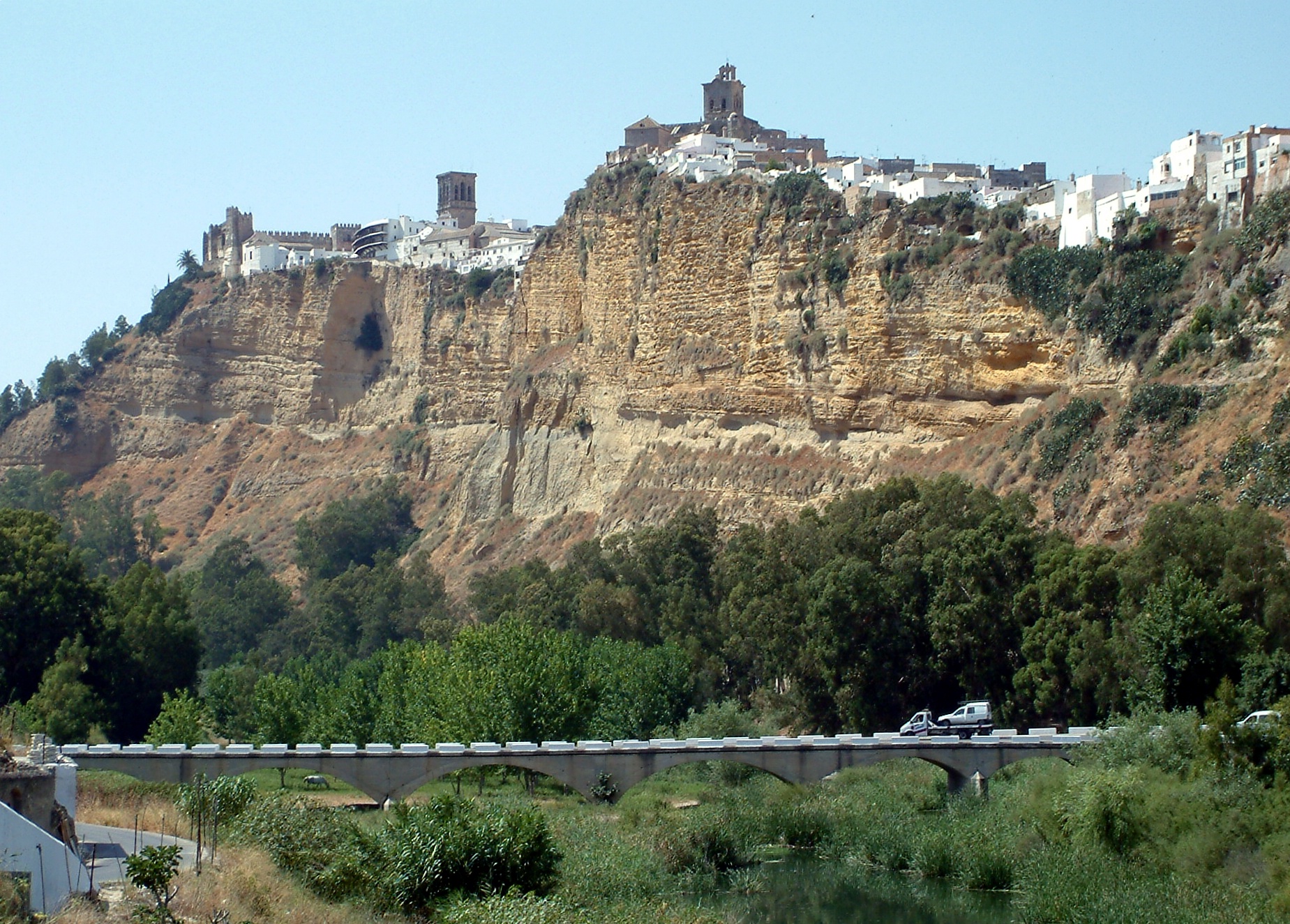 I'm not sure Western Medieval is the look we want to go for here. While there are many beautiful medieval structures in Europe, I'd vote for using something that will be less recognizable to the audience at large. How about a mix of Byzantine/Islamic here? If we avoid the most famous of structures, we'd have a wide range of beautiful designs that will look different from the average fantasy setting.

As for the tower, does the text imply in any way it's meant as a defensive structure? I always imagined it more like a minaret.

For the city, perhaps using Cordoba in Spain as inspiration? I'd suggest we change the color scheme, as that's rather distinctive. But the city is a beautiful blend of Roman, Islamic, and medieval Christian, especially the centre.
https://en.wikipedia.org/wiki/Historic_centre_of_Córdoba

... I'll add photos of both a minaret and Cordoba when I get home. My work computer's being annoying with photos.

The tower does not appear to be a defensive structure at all. It is allegedly built to honor Ingwe. The fact that it is built with a light facing outward towards Middle-Earth, however suggests that Finwe may have had something else in mind when it was built, something I feel that we can illustrate in Episode 4. Finwe could say that they are building the tower in Ingwe's honor in order to help mend the divide between the Vanyar and the Noldor, and Ingwe could give Finwe something of a "Really, dude?" look in response.

It is true that finding an unwalled, but ancient city on a hill is rather difficult, as the whole point of building a city on a hill is for defensive purposes. The reason for this is simple. The ancient world was far more dangerous than Aman. An interesting note though... After Melkor's release, could we not see the influence of his presence with the building of a wall. A wall that could be torn down following the exile?

We could not even draw any attention to it, just have it happening in the background. Formenos would be a smaller, but easily defensible structure. It doesn't keep Melkor out in the end, but what would. Plus, Finwe just goes ahead and opens the door for him.

Staff member
Following the Exile of the Noldor, Valinor takes on a 'Constant Vigilance!' approach to life so Melkor (and giant spiders) can't sneak in. I seriously doubt they would *remove* a wall from Tirion at that time - so just go with it never had a wall.

Formenos is fortified. I don't think Finwë opens the door - he stands between Melkor and the Silmarils, but there's no reason not to think that Melkor and Ungoliant broke in/smashed the door. The other elves present (notably the sons of Fëanor) flee from Ungoliant's darkness, but Finwë stands his ground.

I used Dover Castle as an example of 'too soon' because that is more my idea of what Maedhros' fortress on Himring looks like. We're not there yet.

Nicholas Palazzo said:
The tower does not appear to be a defensive structure at all. It is allegedly built to honor Ingwe. The fact that it is built with a light facing outward towards Middle-Earth, however suggests that Finwe may have had something else in mind when it was built, something I feel that we can illustrate in Episode 4...

...After Melkor's release, could we not see the influence of his presence with the building of a wall. A wall that could be torn down following the exile?
Click to expand...

Are you thinking a lighthouse sort of thing? Maybe the Lighthouse of Alexandria can be an inspiration, though I still vote for minaret. It wouldn't be hard to associate one with light, and they don't look "heavy", if that word makes any sense in an architectural context.

The idea of building a wall is fascinating! It would be tricky to have them build one and not have the Valar react at all, or the other Eldar. Could the wall begin with a more cloister look, with plenty of arches and openings -- there to mark the limits of the city, but not at all meant to keep people out, and then... some of those openings get closed up? That might take too much time on screen, but that's the first way I imagined doing it that doesn't make the Valar look oblivious.

Well, the Tower of Ingwe is clearly a lighthouse of sorts, but I do agree that it should look needle-thin from a distance.

Only with the "bulb" nearer the top.

Staff member
Potential problem - that design requires concrete and steel rebar in the real world. Stone towers don't look like that. Do we want the elves to be modern engineers, or just Roman engineers (who let's face it, were still pretty awesome engineers!)?

I was okay with Aulë and Melkor figuring out how to make the Lamps without any historical context - they're gods, and have an innate understanding of the world. Elves have *some* of that, but to go from 'Hey, let's build a house out of stone!' to 'Let's build the Space Needle' instantaneously is a bit much to ask.
Last edited: Oct 3, 2016

Staff member
Lighthouse of Alexandria looks more like this:

I'm actually thinking that the height of this thing would certainly be no taller than the Pharos. It would be dependent on the height of Tuna to reach as far as it does.

As to the Noldor being able to figure out steel construction, I'd have to say that with the help of Aulë, I don't see why they wouldn't. I mean, maybe it's not something they do often due to the tremendous cost (they don't have elemental transmutation powers, or balrogs to speed up the refining process), but isn't it possible that Aulë would give them that information?

Staff member
It's really a question of how 'grounded' historically you want this culture to be. If they can just build whatever they want with no regard for now they figured that out - sure, go for it, spires to the sky, why not? But in doing that, you lose some of the believablility. The elves will feel less real. Not alien - just fake. I'm fine with the elves doing things humans didn't/wouldn't do. I'm not fine with whimsical magical realm explanations that make it so people watching can't take this seriously.

The tallest minaret in the world is the one at the Hassan II Mosque in Casablanca, standing at 210 m -- is that too short?:

There's a fair bit of diversity within minaret architecture, but a general theme is the "terracing" of windows or balconies, as well as a decorative feature on top. 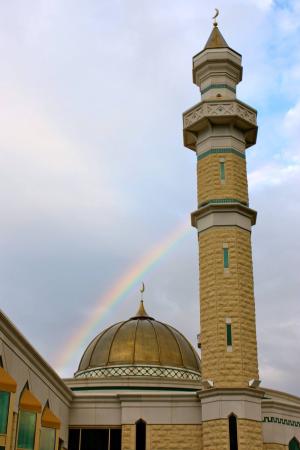 If memory serves, the Pharos is estimated to have stood around 450 ft... Google puts it a bit shorter.

As Marie will likely point out, the Hassan II Mosque was build in the 90s with modern techniques.

I do understand the need to ground the whole thing in reality, but I also think that the Noldorin Elves will be capable (especially under Aulë's guidance) of accomolishing things beyond what ancient Man was.

The Washington Monument stands 555 ft. tall and is not supported by steel. Now it was built in the 19th century, and is thus fairly modern, but I'd like to think that the greatest craftsmen of Arda, under the tutelage of the "god" of craftsmanship in during the Springtime of Valinor would be able to accomplish at least that much.

Sidebar, during the session this evening, I started thinking about something. What if there were smaller towers across the city which would reflect and focus the light of the trees into the top of the lighthouse?

Staff member
I don't want the tower to be too broad and bulky. More like the minarets of Selimiye Mosque (but perhaps not as slim).

Well, it would need a slightly broader part at the top, I guess, since it is a lighthouse. But the slender shape is important, I think.

Nicholas Palazzo said:
Sidebar, during the session this evening, I started thinking about something. What if there were smaller towers across the city which would reflect and focus the light of the trees into the top of the lighthouse?
Click to expand...