Now let me tell you, I do not envy the theoretical casting director who has to theoretically find theoretical actresses to "read" for the theoretical role of Este. You would have to cast an unknown actress in the role- no one of note would accept the role. But in lieu of posting the picture of the first stock photo model I could find, I'll nominate an actress who represents the type of person I think we should be looking for in an unknown actress. Therefore my nomination is someone like...

Again since experience is irrelevant with Este, I'll get to the point. Vanessa Williams (no, not the tennis player) is a veteran actress (is there a non-offensive way to refer to people who are in their late-40s/early 50s?) who has... maintained herself quite well (I'm really trying to keep things both professional and PC here, but I'm not sure that I'm succeeding.) It probably helps that she is a former model. That's kind of person we need for Este; model and actress; looks really good but can act as if she's not only good at looking really good. And also is old enough to believably play the spouse of Lorien.

And is also a desperate enough actor to want to accept the role of "Sleeping Valar #1" in a multiple season contract. My nomination again: someone like Vanessa Williams.

Staff member
Lyndie Greenwood. http://www.imdb.com/name/nm3442405/
She's an actress with some experience but not someone who's too well known to reject playing Estë, who might actually get more on screen time next season. She looks great - those eyes look a bit hypnotic actually, which would be good for the goddess of rest... 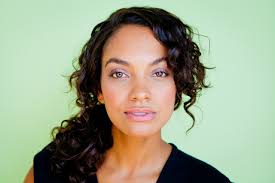