Staff member
It seems to me that the choice of actor to play Olwë depends very much on who's going to play Elwë. We don't want someone who outshines Elwë. Olwë shouldn't be as charismatic, but charismatic enough to become leader of the Teleri eventually. The two actors must be believable as brothers.

If we for example cast Dan Stevens as Elwë...
...we could perhaps consider welsh actor Gwilym Lee as Olwë...

Gwilym Lee is seen in 'Hollow Crown' (but also in Midsomer murders). A good actor. I think they could pull off playing brothers. They're about the same age.

Staff member
I agree to nailing down Elwë first, but keep in mind that brothers don't always have to have a strong resemblance. Olwë should probably be shorter than his brother, but other than that....

MithLuin said:
brothers don't always have to have a strong resemblance
Click to expand...

I know, but it wouldn't hurt, would it?

My brother and I, about ten years ago.

Staff member
Yes, but sometimes real life is a possible but not necessarily the best model. I'm not saying it's a must, just preferable.

I'm saying we would not be assumed as brothers.

Staff member
I got that. But I think we should be a little more helpful to our viewers.

Ultimately that will be up to costuming to sort out, but I don't think we should be shackled too strongly in casting. I mean, otherwise, we'll wind up with Olwë being a shorter, less pretty version of {actor who plays Elwë}.

My siblings and I all look like we are brothers and sisters. It is easy to see the family resemblance (particularly in our eyes/hair color). But my two brothers have very different builds.

Not sure you can tell in this picture, as they are not standing next to each other, but here are my brothers (with their nephews, father and grandfather) in 2011:

But enough self indulgence for one evening. I should point out that these actors were once cast as (fraternal) twins: 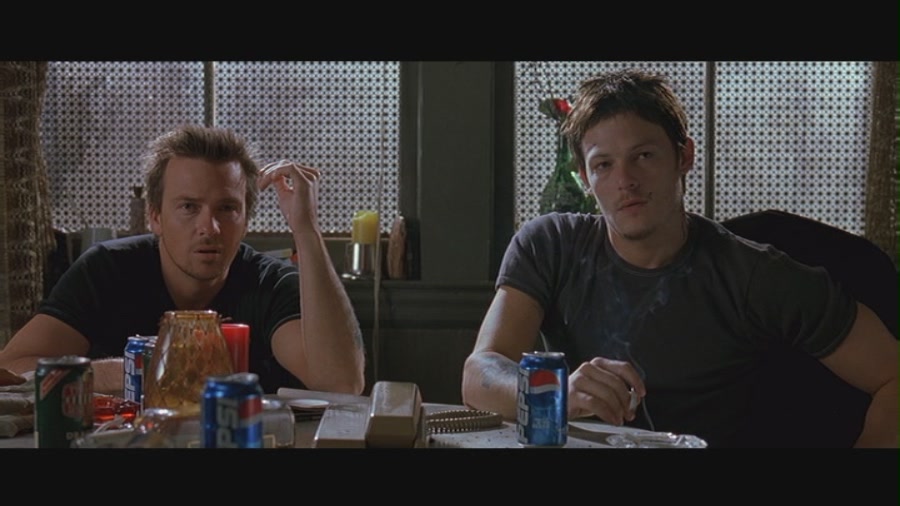 Personally, I don't think they look all that alike, so they got away with it with similar mannerisms, speech patterns, and costumes. I mean, put anyone of roughly the same height in sunglasses, pea coats and leather gloves, and he'd blend in with these two.
Last edited: Aug 17, 2016

Staff member
I agree that we don't want actors playing siblings to look like each other too much. And yes, good point, a lot can be done with shared mannerisms.
...but I don't think the example I gave was that extreme. Stevens and Lee. It's not like you would mistake one for the other?

Staff member
Well, I am currently leaning towards the nearly 6'-4" Paul Bettany over the 6' Stephens for Elwë. I wasn't complaining about the choices, so much as trying to hammer out the goals.
Last edited: Aug 17, 2016

Staff member
Alright. Let's leave the sibling similarity issue for a while.

Olwë should be a good leader, but he seems to be a quiet type. Someone who isn't exactly a charismatic visionary. I think he should be a mild person - but I don't mean weak. More the sort of leader who listens and trusts people to do what they're supposed to do.