A think most people (or at least many people) who have an interest in languages will try their hand at conlanging, sooner or later. For me, it began in my childhood, when I started to notice the enormous differences between my two cradle tongues (English and Mandarin). Language play/language invention was a way of exploring those differences and trying to figure out what kinds of things you could and couldn't do in a language. Of course it wasn't too long before I discovered Tolkien, and realized what kinds of things were possible.

The following short phrases are in Amborian, a conlang I've been working on on and off for the last fifteen years. It has a fairly extensive grammar and vocabulary, two parent languages, each of which also have reconstructed proto-forms. I'm working on some longer texts and glossaries (actually I hope to have one finished to share this month), as well as a historical grammar intended for other readers. In the meantime, here are some phrases:

Makevia! Or Eirkem! (informal)
Be free! (imperative mood); Eirkem is probably from an Old Treian root meaning "strong, courageous, bold" and may thus be understood as "be strong!" or "be bold!" but this is by no means certain.​
How are you doing?

Djam keviani. [iv]
I am being-free.​
How much does that cost?

Kauxik ta heixanjas? [v]
How-much that costs?​
What is your name? 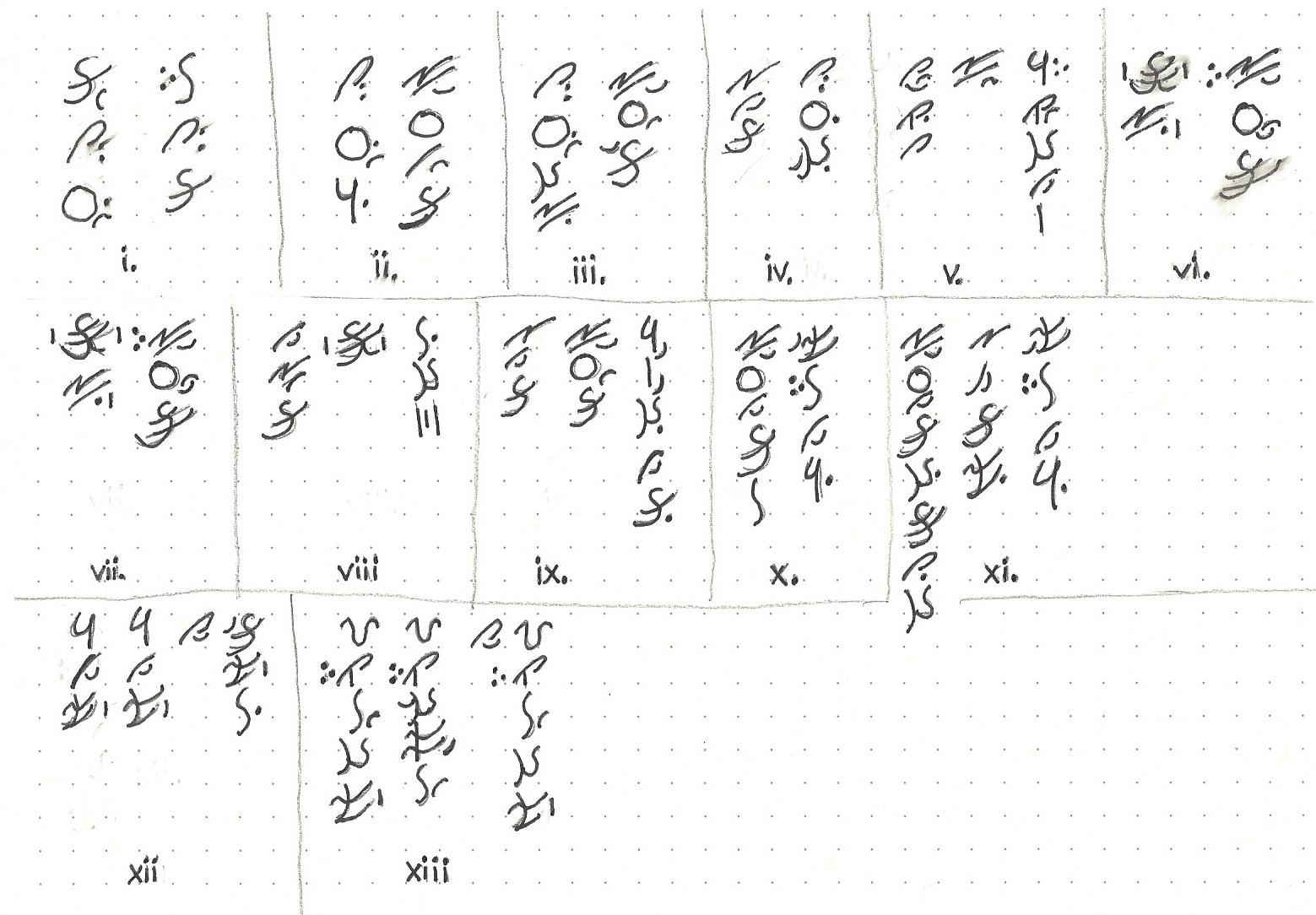 Thanks for your examples Richard. I was hoping we might attract a few conlangers. Having Mandarin and English as your first languages must have been amazing as, on the surface, they are so different. Were you schooled in both languages or only one?

Hestia of the Hearth

My elder child Daroc got right into conlanging as soon as the right neurons fired. My younger child Valkyrie was completely uninterested until Daroc invited her to invent the script and make it beautiful
D

Sorry this is a new reply to an old post but we have both been busy with other work Your work here looks fascinating. I am curious did you invent the older languages first or create backwards from your new language? I suspect Tolkien worked backwards. Dianne
You must log in or register to reply here.
Share:
Facebook Twitter Reddit Pinterest Tumblr WhatsApp Email Link
Top