I nominate Liev Schreiber.
http://www.imdb.com/name/nm0000630/?ref_=nv_sr_1
Most wouldn't accuse him of being aggressively not handsome but he has a physical presence, rugged big body appearance and great acting skills. 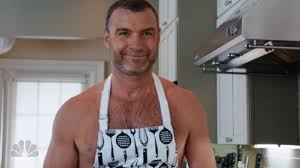 Even though he looks a little beat up, Kevin McKidd is not what anyone would call "aggressively not handsome" but that's what the makeup department is for, right? McKidd is also not Russian/Slavic but Scottish. But the way I see it, just as the Rohirrim are pretty much vikings on horses, the Scots are pretty much Russians on islands. And Kevin McKidd could become a big dude- maybe not 'giantish' big, but he looks like he knows how to use a hammer and anvil. I also wanted to cast a red head to help tie him to Mairon (or vise-versa depending on your point of view.) It looks as if Kevin McKidd has history of playing powerful characters, and as a counter-balance, 177 episodes on Grey's Anatomy has probably gained him some experience with getting in touch with his emotional side (I've never seen the show so correct me if I'm wrong, and forgive me for my assumptions.) He's at the wise old age of 42, putting him right in the age range our EPs were looking at for Aule.

Definitely plenty mature, and I think he comes across as fairly short, broad and rugged looking in his various roles (he's 5'10"). He has played Napoleon, Alan Breck Stewart in 'Kidnapped' and Odysseus in 'The Odyssey' (granted, 20 years ago, but he is still fairly active). More recently, he was in 'Once Upon a Time in Brooklyn'. I think he has the ruddy complexion we were looking for, and his characters are often rogue leader types, so...that fits Aulë well. He is a father in real life, and has played a father/mentor on film multiple times. Oh, and he can sing!

Here is a taste of his work:

For him playing a somewhat 'rough' (non-mob) character, see him in this scene from 'Kidnapped' (51:30-1:02). For a different 'look,' he wears a more appropriate (ie, less French) costume at the end (2:42-2:44). I won't pretend that he does an accurate version of a Highland Scottish accent, but probably would pull off 'non-American' accent just fine.

Staff member
Zach Galifianakis.
http://www.imdb.com/name/nm0302108/
He has done a lot of comedy but has also shown that he can do serious drama. Watch "Birdman". He brings a nervous intensity, sensitivity, kindness and warmth to this character. 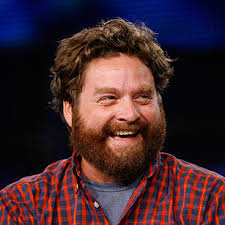 matthew mcconaughey
http://www.imdb.com/name/nm0000190/?ref_=tt_cl_t2
Just think for a second... Imaging him playing bongos in the middle of the night and thinking "I know why the children doesn't appear yet!! Is my job to make them!" He would be wrong, but he has this crazy look that makes you think he is actually a genious. I would believe him.

He is handsome, but he can make himself look ugly. His wife is brazilian, BOOM!

Staff member
I know he isn't of Slavic background but Welsh/Irish/English/Scottish/Norwegian/Swedish/Maori, but he could pass as a Russian. And I know he isn't aggressively not handsome - but that can be done with make up. I would still like to nominate Russell Crowe. http://www.imdb.com/name/nm0000128/?ref_=nv_sr_3

Haakon said:
Zach Galifianakis.
http://www.imdb.com/name/nm0302108/
He has done a lot of comedy but has also shown that he can do serious drama. Watch "Birdman". He brings a nervous intensity, sensitivity, kindness and warmth to this character.
View attachment 240