I have no fixed idea how we should differentiate the two major dwarven settlements in Season 3 from each other, much less from Khazad-dum and the other dwarven places we'll have later, but I do have some ideas for inspiration.

Mostly, I absolutely adore the Weta work on set design from the PJ films, but they focused -- it seems -- so much on grandeur and imposing with the dwarrow sites that delicate, beautiful detail is apparently absent -- unnoticed, at least, if it actually exists.

I don't think all dwarven halls are as vastly oversized as they are in the films and LotRO. Most, after the dwarves encounter men and elves, are probably big enough for merchants, ambassadors, and other visitors to fit in the public spaces, but not necessarily larger than that. I was thinking about the scale of the Wieliczka Salt Mine in Poland, which is amazing. But I -- a five foot naught woman -- didn't feel completely undersized and uncomfortable in it. Some of the chambers are bigger and more impressive, but even there it's "I'm in a cathedral" impressive, not "I'm in the hall of the titans", which is why the scale in the films seems so off to me. I can't imagine the dwarves choosing to feel small in their own homes. 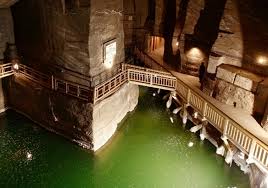 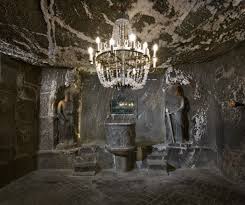 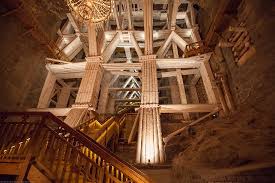 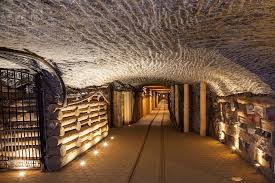 For more detailed work, I suggest Islamic geometric patterns for inspiration. I can easily see the dwarves being as enamored with the beauty of geometry as the Greeks were, and it's beautiful even if you aren't a maths person. 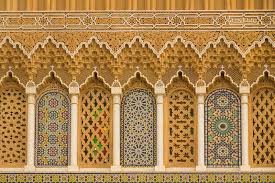 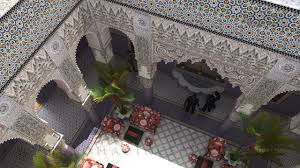 A common thread, you might note, between these two ideas is the desire to play with light and lighting a lot more than the films did, too. Craftsmen need light to see by, after all, and even the various dwarf songs were hear suggest they have lighting -- of various hue, not just forge-red -- in their halls.
F

Gimli does tell Legolas they had many lamps and Khazad-Dum was filled with light.

I agree 100% about decoration. Although, one way we an differentiate the two kingdoms in the decoration department is that one may have more figures of Dwarves, while the other has few or none. But I think no figures of plants or animals, except if they show battle scenes.

About size, perhaps the huge grandeur is one way the Longbeards do things differently from the western Dwarves. Also, I think that there are probably natural chambers underground that the Dwarves use when they find them, and some of these will include naturally huge halls. That huge chasm in Khazad-Dum doesn't seem deliberate, for example.


I can't see most of the images you posted. I can only see the first Wieliczka pic, and the first 2 Islamic decoration pics.

Staff member
I agree that the salt mine in Poland is an awesome inspiration for dwarvish halls. After all, dwarvish construction should focus a lot on 'living rock' and only use blocks of stone for supplemental purposes. Another I would like to add are the rock hewn churches of Lalibela. Certainly, being hewn from bedrock gives them some similarities to what the dwarves were working with.
Rock-hewn churches of Lalibela (video contains humans for scale; these are all active churches, IIRC):

I didn't take the best photos while I was there, but here's what I have:

Kidus Giyorgis (St. George's). The last one built, and in some ways the most impressive. The top 15 feet of that roof are solid stone.

The bridge was a later addition to span this chasm. They take their drainage ditches really seriously (because of the summer rainy season), but this one was built defensively and may not have been a church at all.

See the scale of the doorways and steps here.

There is a faint bas relief of figures on horseback above this doorway. The entranceway itself is (IIRC) built of blocks and not carved from the rock.

There were some really great carvings inside the churches, but I didn't exactly have a fancy camera and it was rather dark in there, so...this is what you get.

Speaking of light...there's some really harsh tropical sunlight available if you step outside the shade of these churches!

And an example of a wooden door.

And the surrounding mountains, after the rainy season, so much greener than usual!

The easiest starting point for distinguishing between various dwarven halls would be to make them out of different kinds of rock. That probably doesn't help for Nogrod and Belegost, because they are in the same mountain range. But that *can* be how we tell Khazad-dum from these two.

For season 3, we will likely not even catch a glimpse of Nogrod or Belegost, leaving the homes of the dwarves a bit mysterious. We will see a dwarven forge on Mount Dolmed, a sort of small outpost that can have a strongly dwarvish design and give the audience a taste.

Faelivrin said:
I can't see most of the images you posted. I can only see the first Wieliczka pic, and the first 2 Islamic decoration pics.
Click to expand...

Really? Sorry about that. They show up just fine on my view...