I'd like to nominate Aaron Tveit (https://www.imdb.com/name/nm3117836/).
Age: 34 (can easily look younger, IMO)
Height: 6 feet
Rationale:
- Very solid actor, capable of pulling off drama, tragedy, and comedy.
- Plays a somewhat Finrod-ish character, the revolutionary leader Enjolras, in the 2012 film Les Miserables. He's quite convincing as a charismatic, self-sacrificing leader who cares deeply for his followers and maintains his courage of conviction in the face of inevitable defeat.
- In interviews comes across as polite, friendly, and generally very likeable, so I can also see him as the prince who is quick to sympathize and strike up friendships with Men and Dwarves.
- He can SING. He's starred in various musicals on Broadway and elsewhere. Here's a video of him singing "One Song Glory" from Rent: 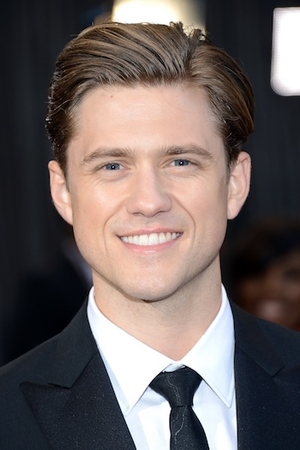 he´s already been mentionede in discussion about Finrod and Turgon, but I see him as Finrod rather than Turgon.

He has broadway musical experience and I like his youngish, likeable features. Finrod is a character who crosses cultural divides and befriends several people. I think Hagan would be great for this. As an added perk, he looks like he could be Dan Steven's (our Finarfin's) son. I think this works really well.

Finrod is the philosopher of the Noldor princes, and hands-down the *best* liked of the bunch. He can befriend anyone - elves, dwarves, men. Literally the only people who don't get along with him are Curufin, Sauron, and Mîm...and that sounds very much like it's their problem. He can go talk to his brother's bitter ex-girlfriend and have a civil conversation with her about the meaning of life, in which she feels better about the whole leave-you-and-never-speak-to-you-again stunt said brother pulled than she did when the conversation began. He's going to give his life killing a werewolf with his bare hands to save Beren, to repay the lifedebt that Beren's dad Barahir incurred.

So, as long as we wind up with a charismatic and likable guy who is a warrior and has a scholarly side, we'll be fine. And he should probably be able to ride a horse and sing Finrod is the Faramir of the First Age Noldor.

Andrew Garfield plays a likable character in Hacksaw Ridge, and delivers a masterful performance as an idealistic Jesuit in Silence. He is someone who is capable of really wearing his heart on his sleeve, on full display, so I think that trait will embody Finrod's particular brand of charisma well.

He is certainly willing to sing unrehearsed on camera (there are several clips on YouTube like this one), so I think he'd be a good candidate to lose the rap battle with Sauron

A taste of his acting (a betrayal scene, no less): Edit: (if anyone else wants to nominate Tom Mison, feel free, but I just remembered I had someone else in mind for this role)
Last edited: Jun 26, 2018