Staff member
As we move closer to the Post-Season, it will become important to develop physical depictions of the objects we've been describing associated with each House of the Edain.

So, one of the items for the House of Bëor will be the stole of leadership that is passed from Bëor to Adanel, and then from Adanel to Andreth. I suggest that we model the shape and structure of this garment on a pallium.

A pallium is a yoke with a single short stole in both the front and the back, and is meant to be worn as the very top layer (good for scenes where it is taken off/put on someone).

Ideally, a pallium would be designed to be a contrasting color from the other garments.
Like so: white on red

Contrast that to what it looks like when it is white on white: 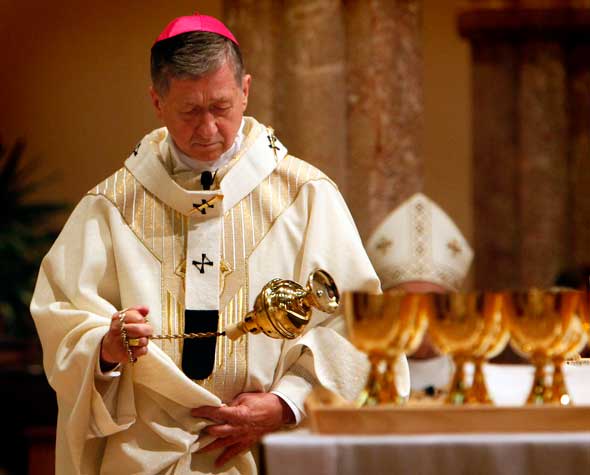 What I like about this design is that it does not lay flat, but stands up and calls attention to itself. Also, it is short enough not to inhibit movement (no longer than a tie). Also, you can pin it into place, allowing for fancy accessories to go with it.

Now, obviously I am not suggesting we copy the color scheme of the palliums worn by Catholic clergy! (which are always made of white lambs wool). So, not white, no black tab, and obviously no crosses. There was talk of embroidering a symbol of the House of Bëor on it, so...let's use that instead.

Here are the eventual heraldry symbols of all three Houses: 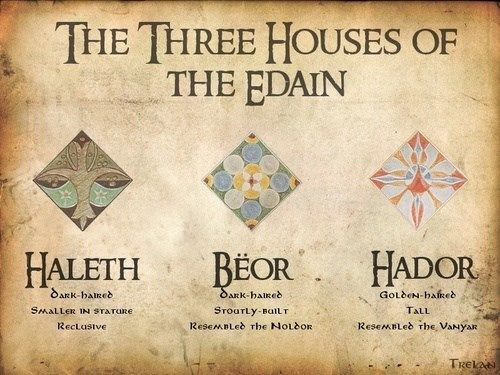 So, we could use that device, or at the very least that color scheme - blue, green, gold, dark red. Green and gold, at least, will be associated with Finrod.

Keep in mind that Finrod will begin using this symbol to commemorate his meeting with the House of Bëor: 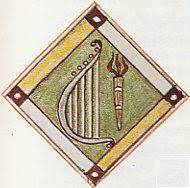 And that he wears a ring in "the shape of two serpents with emerald eyes, one devouring and the other supporting a crown of golden flowers," which we will want to call attention to as often as possible before the end of the Season: 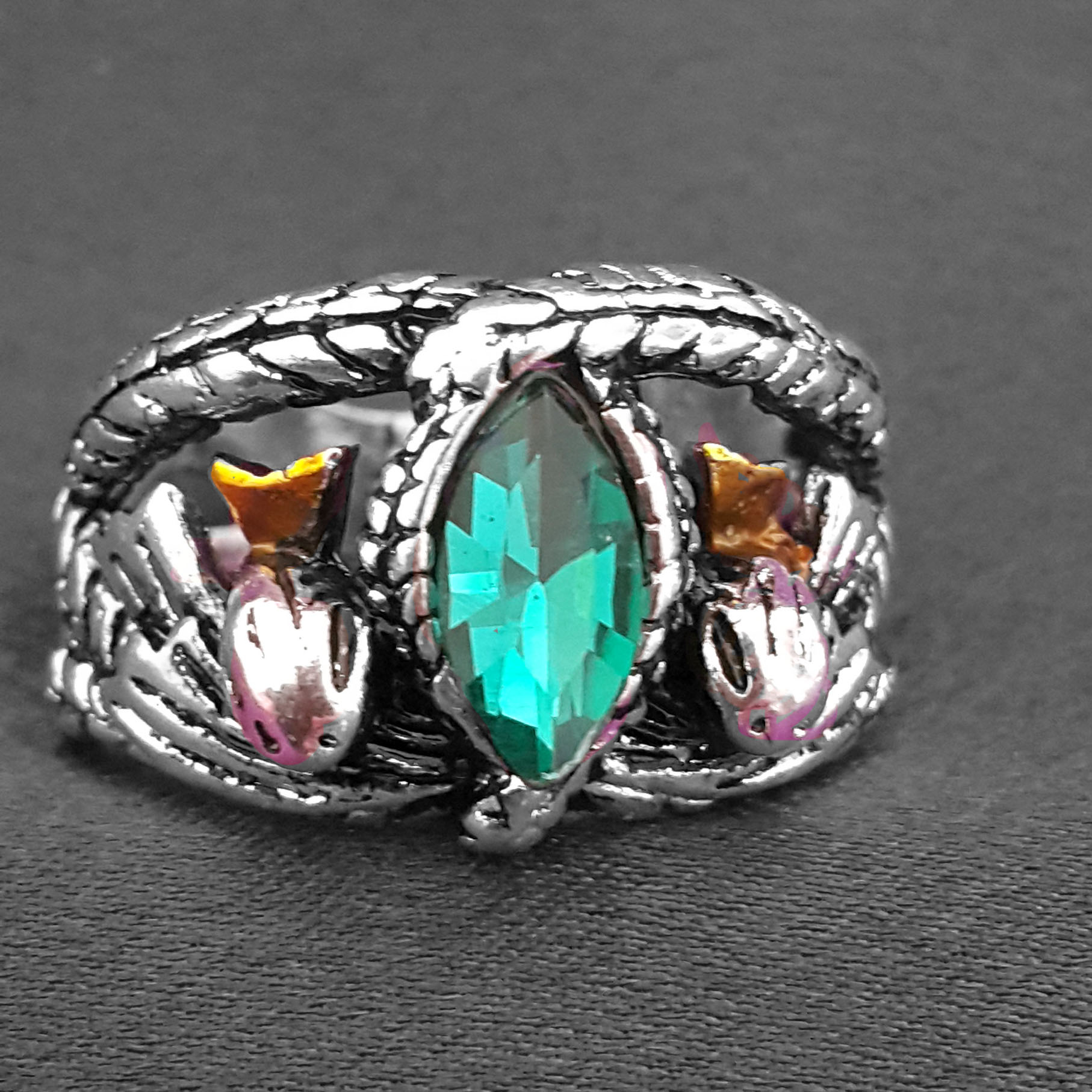 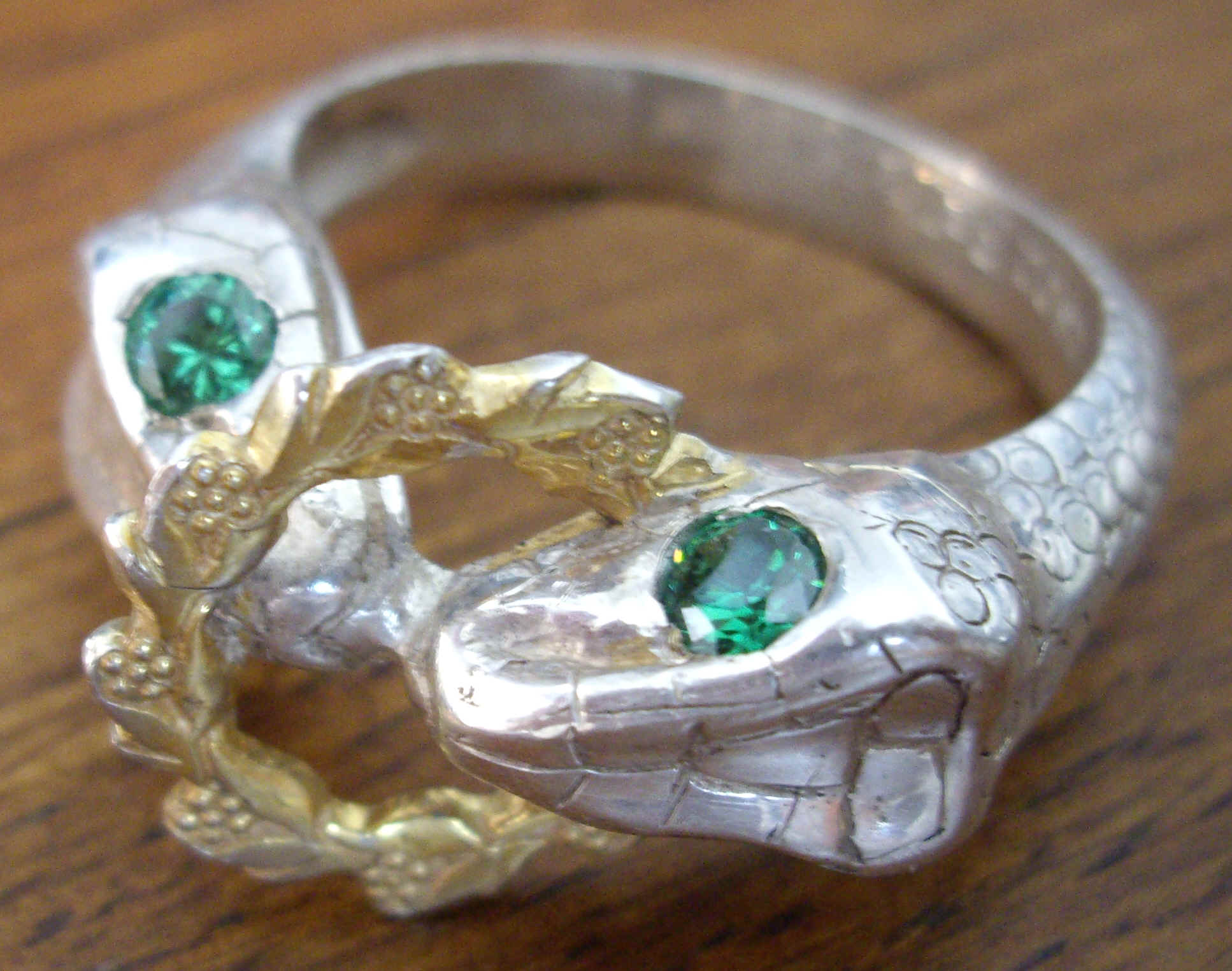 I wouldn't have expected a stole...

Staff member
The stole is to represent that they are ruled by the Wise, not warriors, during this part of the story. They will have banners in Ladros, and Bëor's walking stick will be another item we see both Bëor and Andreth with.

Reminds me of the Tallit of Jews, the early hebrews were herdsmen, similar to the wandering Edain.Also later númenorean religion will have a lot in common with very early judaism.So i very much like the idea.

Staff member
So, I made a thing.

I made a pallium-style stole out of linen (or linen-blend) fabric, in colors that are meant to be reminiscent of the House of Bëor's later standard:

The stole fits over the shoulders, and has a tab down the front and back with the medallions on it. This was designed as a prop for the script reading at Mythmoot, and came in handy as the same reader was playing the roles of Haleth and Adanel - so she could wear this stole when she was Adanel to differentiate. The band around the shoulders is undecorated, but a serpent motif could be added to it, if desired.

I do think that we should put some thought into the design of the Ring of Barahir, since the description doesn't really match the prop from the Peter Jackson films. It should look like it's in "the shape of two serpents with emerald eyes, one devouring and the other supporting a crown of golden flowers," and if we can design that, I can add something similar to the stole of the House of Bëor.
You must log in or register to reply here.
Share:
Facebook Twitter Reddit Pinterest Tumblr WhatsApp Email Link
Top