Orcrist (Sindarin for Goblin-cleaver) is a Elven sword forged in Gondolin. Like Glamdring it was lost in the Fall of Gondolin and not seen for 6,500 years until found by Gandalf and Thorin in the Trolls' cave. Thorin uses it for the next several chapters of The Hobbit until the Company is captured by Elves of the Woodland Realm in Mirkwood and confiscated. When Thorin is killed in the Battle of the Five Armies, Thranduil lays the sword on his tomb, where it is said to gleam in the dark at the approach of foes.

The wielder of Orcrist is a long-debated subject, but it is suggested that Ecthelion wielded it as the Lords of Gondolin have a rather long list of the weapons they used: Turgon had Glamdring, Tuor used the axe Dramborleg, Egalmoth had a curved sword, Galdor used a spear, Duilin was an archer, etc., and Ecthelion's weapon is never mentioned. Note: Glorfindel's weapons are never mentioned aside from an unnamed sword. If Orcrist is Ecthelion's or Glorfindel's sword, they will likely see action in this season.

Like Glamdring, there is little in-text description of Orcrist aside from its jeweled hit and well-made scabbard, while in the Peter Jackson Hobbit films it appears to be a single-edged sword with a straight spine for better thrusting. 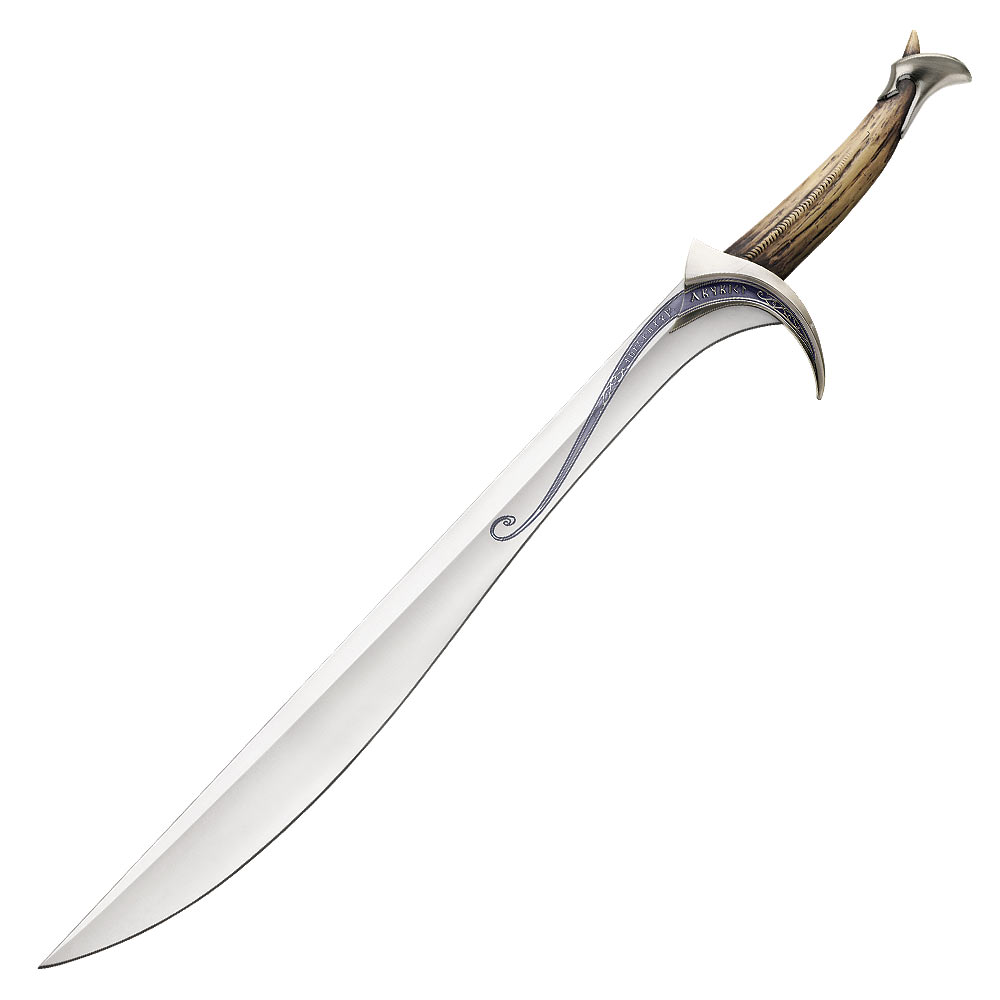