From the big three...tall imposing on horseback. Lean and gruff, blond and nordic... 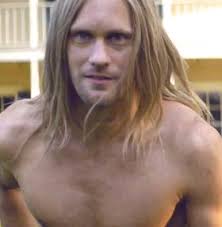 I nominate Alexander Skarsgard. Ultimately Nordic and physical, (playing Tarzan opening July 1st), absolutely looks the part of Orome being at least 6'4" and can do comedy and serious roles.
http://www.imdb.com/media/rm662875648/nm0002907?ref_=nm_ov_ph#

And now for something completely different...

Michael Ealy matches almost none of the physical characteristics our wonderful EPs were looking for in an actor for Orome. Most notably, Ealy is not the tall, blonde, nordic type wanted to foreshadow the Rohirrim. I've strayed from the formula for one reason and one reason only- Tulkas is the tall blonde hero. Now, this is a non-issue if The Rock is cast as Tulkas, in which case, Alexander Skarsgard is an excellent choice for Orome. But in the seemingly off-chance that someone more closely resembling the character from the book is chosen to play Tulkas, we would want someone not Tulkas-like to play Orome, right? Enter Michael Ealy.

Ealy is mostly a television actor (not a bad thing for the Silm "Film" Project.) He is 42, making him a score older than the age we were looking at for Tulkas. His age would allow him to act as the older, more mature member of the dynamic duo. I could even imagine something of a classic cop partnership; the hardened veteran forced to train up the impulsive young rookie.

Casting a black actor as Orome also opens up an interesting door for season 2 [bear with me here.] Now this has by no means been decided upon for the Silm Film Project, but from how they've been presented in the media so far and from what we probably all assume of Tolkien's mythology, elves are white. (Again, not saying this is what will be decided upon for this project. Just stating the obvious.) Now imagine the elves first encounter with Orome. They're living 'alone' by Cuivienen in all their elvish caucasianess when after an indeterminate number of years/decades/eons, they are beset upon by mysterious phantoms who begin attacking and kidnapping them from the shadows. Mortal fear enters into their once peaceful culture. Then, in the midst of this social confusion, out of the shadows rides... a giant on horseback who also looks very ethnically different from them- the first non-white person they have ever met. Then this giant, black horseman tells them to follow him into the shadows where their friends and family members have been disappearing. We now have more reason to understand why some of the elves stayed behind. Racial injustice and prejudice is a hot topic right now in the United States and around the world. When season 2 is "released," it will still be a hot topic. Racial discrimination is even a theme that runs throughout the mythology specifically in regards to early elf-human and dwarf-everybody relationships. Orome's meeting the elves seems as good a place as ever to start exploring this theme.

Staff member
Ok a third option is Gerard Butler. I nominate him. http://www.imdb.com/name/nm0124930/?ref_=fn_al_nm_1
If we're casting a younger Tulkas, we will perhaps want an older Oromë. He is an experienced action actor and also a good singer (The Phantom of the Opera). He can be the wilder, rougher, more dangerous of the two Valar. If we want him to be blond, he can be. 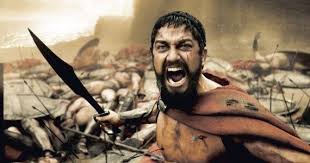 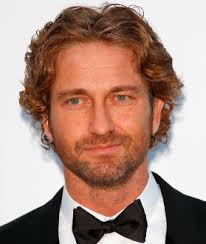