Aged 26 (as a Maia should be), he is already an experienced actor. He has an intense, unpredictable acting style which I think would be perfect for this violent, chaotic being. 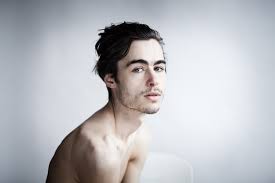 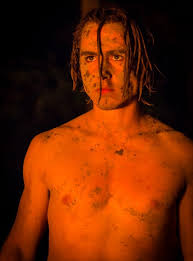 Ah, the The Red Viper. It's been suggested that the Maia should be visibly younger that the Valar, but in the case of Osse I wanted someone who looks like they could put the smack down on their superiors. And if the Rocky franchise has taught us anything, it's that the older contender always beats the young upstart. So I'm nominating Pedro Pascal for the role of Osse.

Pascal is certainly physically intimidating enough to pose a threat to Ulmo's power. He also has that wild, dangerous look to him. And while he may not have the frame of a flagpole, he's certainly thinner than an average man in his shape. In fact, I think he's the perfect balance between tone and mass for a character that is both maniacal and menacing. Oh, and the beard. He has a beard. Someone wanted a beard.
K

I nominate Paul Kaye, who showed us the needed ropy thinness, unpredictability and energy, and near-homeless look as Vinculus in the BBC's adaptation of Jonathan Strange & Mr Norrell. He has the right physicality for Osse, though obviously the personality would be different from Vinculus. http://www.imdb.com/name/nm0443373/
Plus he's a nod to the Mythgard Academy programs, since we just read and watched this book!