A role for Sean Connery

Staff member
If I remember correctly the fantasy casting session struggled to find a role for such an elderly person. 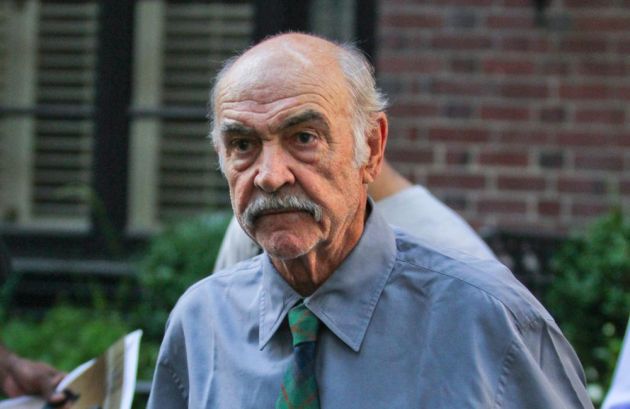 My suggestion is Beor on his death bed. According to the book Beor was 49 when he met Felagund and died at 93. Playing Beor at 49 would be a bit difficult but skip a few years to 93 and he is our man.

I second the motion.

Staff member
The last film Sean Connery appeared in was 'The League of Extraordinary Gentlemen.' He has done some voice roles since then. He is no longer able to do big parts, so if he has a role, it would have to be a single scene, or a few small scenes that could be shot in a couple of days. Think Christopher Lee as Saruman in the Hobbit films.

Well, Cirdan hasn't played much of a role in the Tolkienverse, right?

Staff member
His role may be small, but he is likely to be in many episodes over multiple seasons. He is bearded, true, but not necessarily 'ancient' looking. Well, it's a possibility, I suppose.

I like it. Cirdan has a knack for never being seen. He sent emissaries to the Council of Elrond. Maybe he sends emissaries everywhere. The Elves of of the Grey Havens might even be pulling a "Weekend at Bernie's" on everyone and Cirdan's been dead for centuries. No one would ever know. We just have to show Connery once and then, the rest of the episodes have the elves be like, "Oh, yeah, he couldn't make it so he sent us instead."

Staff member
Actually, we will probably see quite a lot of Cirdan, beginning in season 2. He will still be young, and then reappear now and again several times throughout the series. Connery is old in a way that is too much for Cirdan, I think. He would have been good if we had begun years ago - even if we film all his scenes now and don't wait until 2055 to shoot the ending of Return of the King, he would seem too old for an elf.

Cirdan's full story is incredibly interesting, and he's floating near the fringes of all the Great Stories too. We'll be seeing a lot more of him after I pitch my Cirdan spin-off miniseries. It's set at the beginning of the Third Age right after Numenor has sunk and the world has been made round. Ulmo recruits Cirdan as a Special Secret Intelligence Scout to uncover and foil the evil plots of Sauron's allies. He has to travel the world armed with the ultimate multi-tool Narya, a miniaturized automatic crossbow, and any other magical objects he might need in a tight pinch. Along the way he drinks a lot of wine, woos the lady-elves with his charm and salt-and-pepper elf-beard, and crashes expensive horses equipped with ejection saddles. Currently planned episodes include Corsairo Royale, From Rhudaur With Love, Goldringer, Silmarils Are Forever, License to Burgle, The Wold Is Not Enough, and of course, Dr. Nowë. Frankly, I think Sean Connery could really pull it off.

Just let me know when you want me to start drafting the spin-off outline.

Staff member
You really got my fantasy going...
Mordor raker, For your Isen only, A wose to a kill... The Living Dain lights...

Staff member
Tilionraker? Taniquetil of Solace? Ilmenfall? From Angband with Love? Arda is not enough? Sauron Never Dies?
I can go on .....

If I recall correctly, he was approached for the role of Gandalf, but turned it down because he didn't understand the script. If LOTR was too out there for him, good luck selling him on the Silmarillion.