So this is the post to talk about the Silmarillion's creatures. I define these as being different from beast as these would be those non human species that have more fantastical elements. Whereas Nahar is a horse and Huan is a dog (essentially) Glaurung is a dragon. It is hard to decide what species of dragon glaurung should resemble as they aren't any. This will obviously be a bit more about using concept art and animal photo references to discuss amalgam characters (in a similar way to the costuming of main characters.)

To kick this off I'm wanting to repost a discussion that took place in the 'Beasts' page over here. (Maybe an moderator could remove it from that topic and add the comments here?)

Glaurung does have a species of dragon he is a Urulókë.
D

TheWitchKing said:
Glaurung does have a species of dragon he is a Urulókë.
Click to expand...

Okay fair point but I guess I was saying in comparison to looking at existing species. But as people having been chatting about dragon's I'm going to throw this out there. I want Glaurung to look like the god of dragons. Yes Ancalagon might be bigger but Glaurung should be this primordial monster.

I am terrified of crocodiles. If I had to pick a favourite animal it'd be them. But I don't think I'd ever go near them. They are just so perfect at what they do and what they are is just intrinsically tied to their appearance and to killing. And they look ancient. They are. Their faces are so unlike ours, they look both cold and emotionless yet wicked an wise and hungry. Glaurung should also be the God of crocodiles. So when I saw this bit of fan art I about died. It was perfect. Just as I imagined. It's early still but since people have been chatting about dragons I'd like to put this out there as a future suggestion for Glaurung I think you have a point there

Staff member
I think that dragons being reptilian goes without saying. They have scales. We then get to sort out snake/lizard/crocodile/dinosaur for the inspiration of various elements. I do like that fanart for Glaurung, and I agree with the telepathic communication idea for him.

The crocodile Glaurung thing you have there is definetly a good option, basically because he is a different type of dragon, he is a wingless one. he could be very reptilian like a crocodile and quite prehistoric in imagine.
H

You might have linked it somewhere here, but here is some rejected concept art for Smaug from The Hobbit trilogy. There are some great concepts here that we could use both for Glaurung and even other dragons.
D

Okay, so it's been a while but finally I worked out what images will help me describe my thoughts for Balrogs. I'm way behind on the podcasts and need to catch up be if anything has been missed on my behalf in this area let me know.

Balrogs then. As far from Jackson's as possible imo. These should be, for all intents and purposes, fallen angels. Not bulky, animalistic brutes but humanoid champions, soldiers. Not visually but conceptually in the same vein as the Nephilim in the Noah movie: Angels trapped in bodies of rock. There should be this film of rocky over a burning lava core but they should still look like Maya (that is too say people. You could even cast Gothmog as a specific actor). For me they should not be indistinguishable. There individuality comes from their composition. I like the idea that essentially their armour (mainly only their helmets) have cracked, broken and fused to them as these jagged carapices. These would make them distinguishable by silhouette. They become Morgoth's elite and rather than Stormtroopers you want at least a handful of recurring characters, even if they are voiceless. That said they shouldn't have much more than eyes and a mouth. In some cases that mouth could be a flaming maw, as if a volcanic eruption burst through. In terms of build I'm thinking they are lean and slender, athletic combatants.

This as a basic form only blackened and broken up and jagged. Maybe this is the moment just before they are balrogs

Or even if the head was cracked in the same way as Calibos in the Clash of the Titans remake. It wouldn't be as gory as this of course as it'd be more like a fissure of rock through which flows magma.


All in all though it's a figure like this with defining cranial protrusions. Plus a sword. And whip. And no wings. They should trail smoke and leave embers in the air though


Also, why aren't my images attaching properly?
Last edited by a moderator: Sep 15, 2016 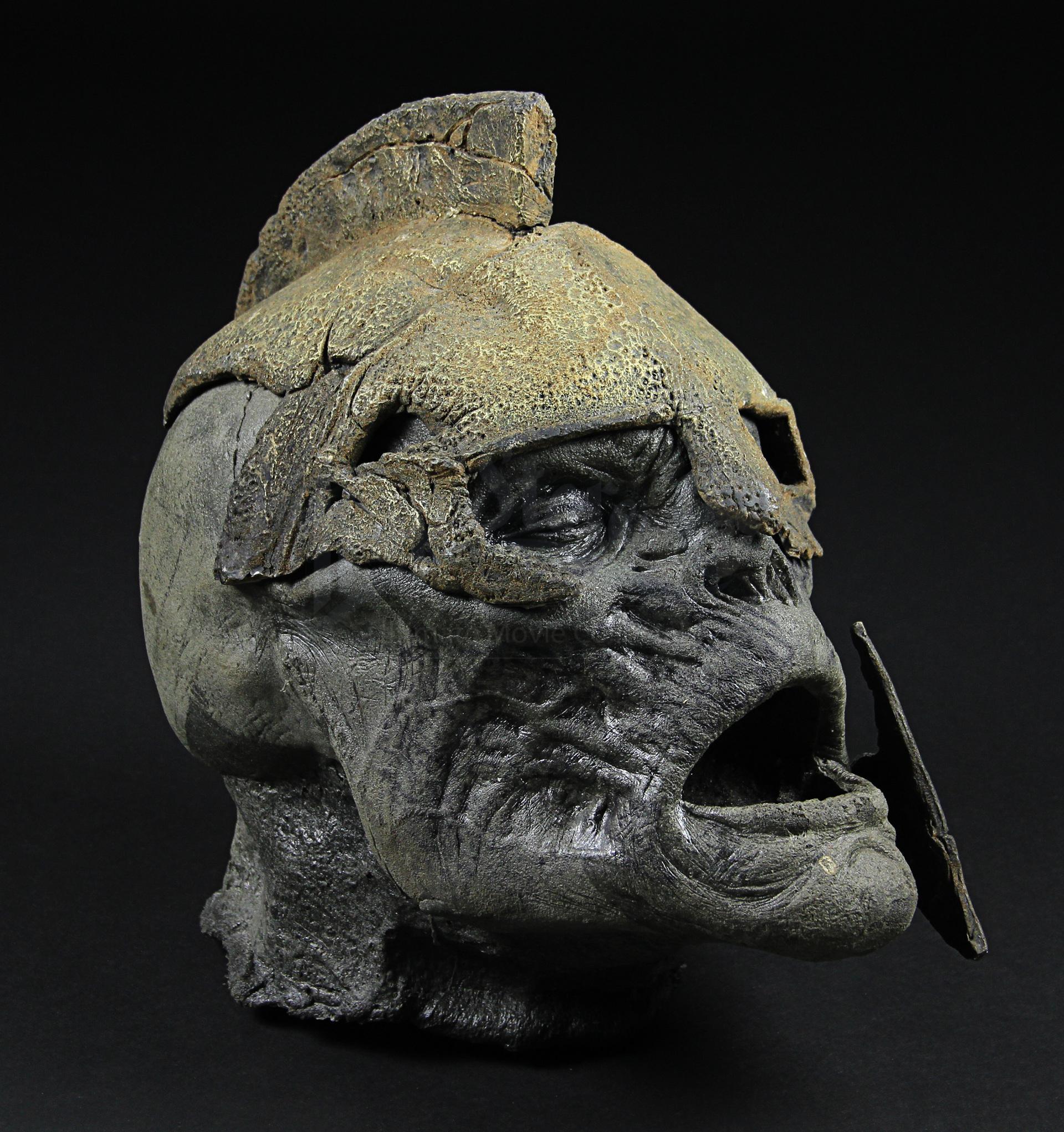 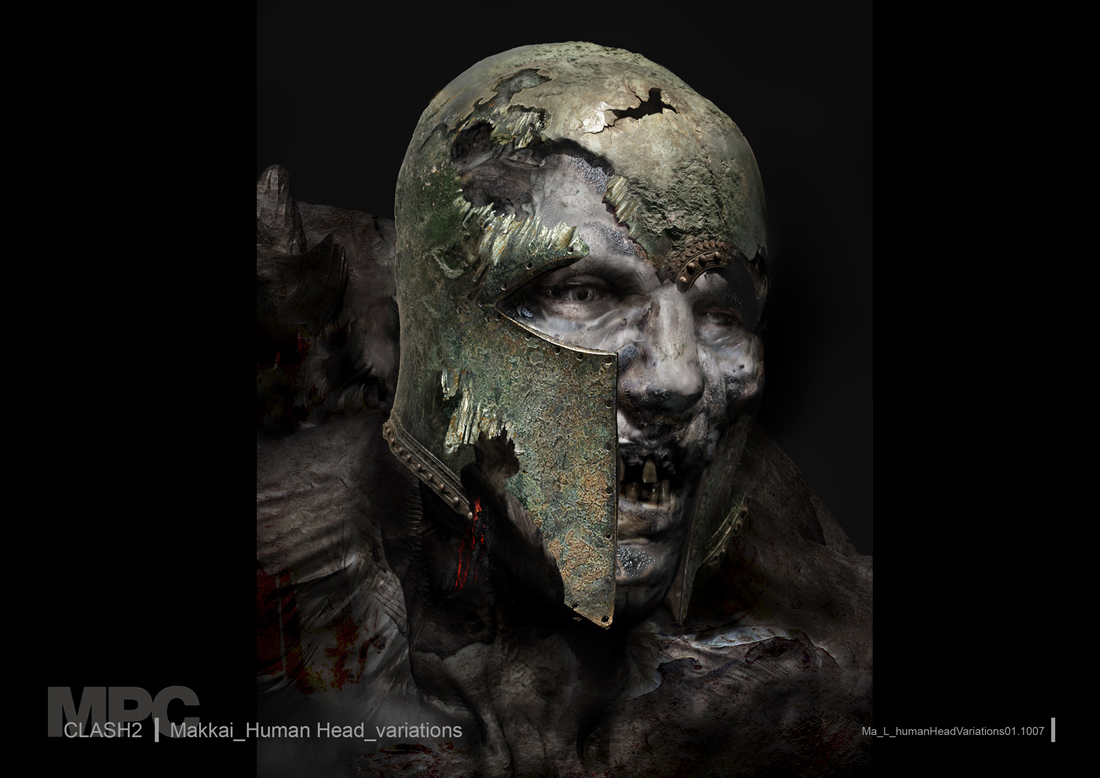 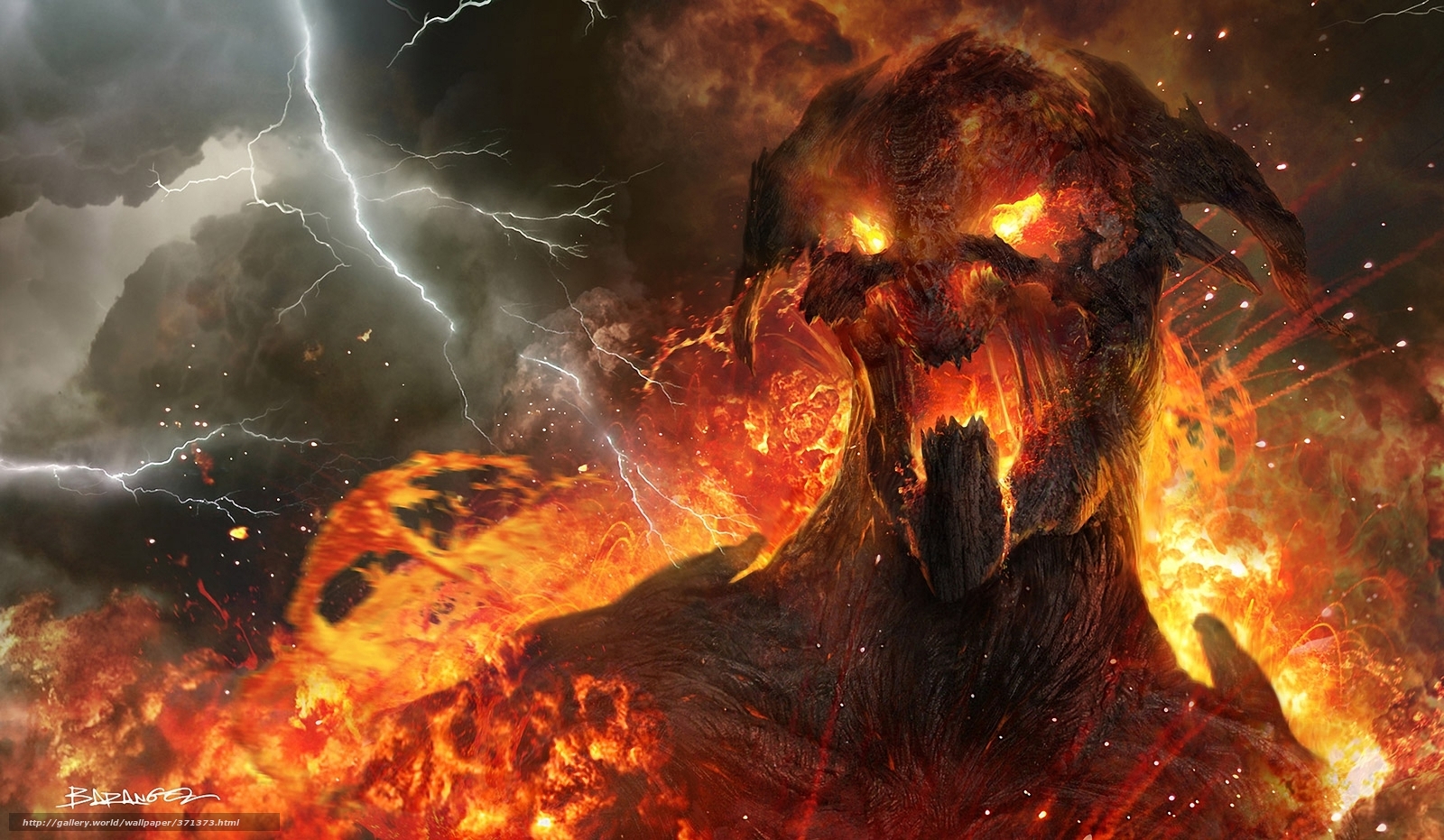 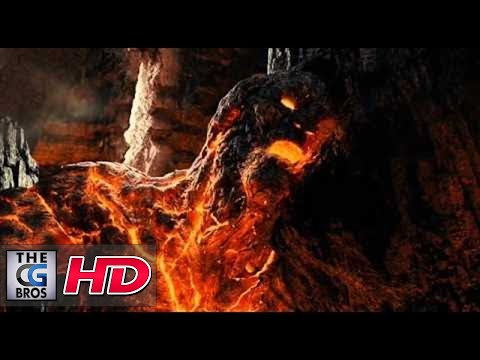 Best bet: do an image search on Google, click on the image you want, then when the little sub-window comes up, click on "View Image" rather than "Visit Page". If that brings you to the pic, the URL you get is what you type into the dialog box after clicking the "Insert Image" button above the text box.
D

Thanks Nick, I think it didn't help that I was trying to do it all on my phone

Posting, before I forget, an idea I had in a conversation at MidMoot Re:Speaking animals, specifically the dragons.

Now, like many people, I didn't really like the way Smaug's lips moved as he talked in PJ's movies... until I watched the behind the scenes material in the EE. They tried having him speak telepathically, like the spiders do, and showed a clip of the treasure room scene; it didn't work. At all. They didn't think so, and I completely agreed.

So, if no movement and human-like movements both look weird/awkward (to say the least), what could we do? Inspired by the crocodile-esque fanart Rob posted (which I LOVE), I hit upon the idea of hissing, much like an alligator does. The mouth is open, and, in theory at least, I think imposing the dialogue into the hiss could really work. The dragon could almost breathe his words, adding a really creepy and unnatural vibe to it.

If you've never heard a gator hiss, let me assure you: it doesn't sound like a snake. So it wouldn't sound like the zoo snake in HP.

Question: are we ever going to see the Maia that will become Draugluin before he becomes imprisoned in the werewolf form?

We could, but I don't think it's super-important.

It was just a thought: if we were going to convey the change/torments. But I think we can safely leave be. His situation, I think, will be sufficiently horrific without it.

Do we need to think about what the werewolves are going to look like? Big and hulking, lean and mean? Are they super quick, go-for-the-jugular, or are they so tough that they just overwhelm their victims?

Staff member
I just have to share this... I was in Rome a couple of days ago, and one day we went to the zoo. There, in their Reptile house, I found a small Glaurung. He was not jumping as much as resting across the Cabed-en-Aras, almost as if he was waiting for a miniature Túrin to come and kill him.

So... in Season 3, Morgoth is back, and we can assume the R&D Department is cranked up to ten. Therefore, questions: do we see the first attempts at dragons and such? If so, what do they look like? How secretive ought we/Morgoth be with them? Any hints of scales before the Dagor Bragollach?
F

I am inclined, based on the way JRRT drew and described Glaurung and Smaug, to see the first Dragons as horribly mutated lizards with fire Umaiar imprisoned inside them. Not as crocodiles, and especially not as dinosaurs. JRRT's Glaurung drags his belly on the ground leaving a trail of poisonous slime, although he and Smaug have horns or cat-like ears. Glaurung is also able to "coil" and rear up, so there is some snake in the mix. Maybe even a mashup of a snake body with lizard legs.

I really like Roger Garland's Glaurung, except for his being green instead of golden: http://img-fan.theonering.net/~rolozo/images/garland/glaurung.jpg

There is some seriously messed up mutation going on there, with the huge talons and the ears and venom-glands, but the basis is lizard-like. And I love the hideous, terrifying face.

Roger Garland's dragon looks almost like a centipede... it's unsettling and intriguing.
F

It is apparently based on Tolkien's drawing of Glaurung, which was orange but with a green head and cat ears. But, admittedly, more like a lizard than a snake or centipede. And I would expect scales, which Garland decided to leave out for... some reason.