I think we do need to cast Idril as very young: I want to have at least one child among the Noldor who leave, especially those betrayed by the burning of the ships, and I think Idril is the obvious candidate (and not just because she's one of my favorite characters, and absolutely the one I most wish there was more information about). While all that material will be covered next season, we might want her around in the background, maybe ducking behind her father when Feanor draws his sword, or otherwise reacting to the events around her.

For an adult Idril, my dream casting is Lily James. Finding someone young who looks exactly like her is unlikely, but I think that Caitlin Carmichael (http://www.imdb.com/name/nm2965079/) looks enough like her that, given proper makeup and costuming, could believably grow up to be Lily James.

EDIT: forgot to mention the reason (beyond increasing the drama/tragedy) that I think it's important to have young Idril around: she comes across sometimes as a bit of a passive character, but she really isn't: she is the one who sees through Maeglin, she is the one who thinks of creating the secret way out of Gondolin, and is apparently leading her people out of the city without waiting around for her father or husband to save the day when disaster strikes. I think establishing her early on as quiet, but watchful and insightful, is important, as is showing the hardships that will be her formative experiences.

Sounds like a good idea, Lily James as Idril.

So MithLuin's written the rough script for an absolutely adorable scene between Aredhel, Galadriel and toddler!Idril... considering the dearth of toddler actresses, should we add teeny Idril to our "don't bother to cast/assume is an unknown" list?

Marielle said:
So MithLuin's written the rough script for an absolutely adorable scene between Aredhel, Galadriel and toddler!Idril... considering the dearth of toddler actresses, should we add teeny Idril to our "don't bother to cast/assume is an unknown" list?
Click to expand...

Staff member
Right - we will not be casting toddler!Idril, who appears just in that scene, but we *can* cast a child!Idril who will appear in Season 2 Episode 12, as well as in Season 3 through at least the first part of the Helcaraxë. I don't know when we'll introduce the older actress for Idril, but we can likely save her for later. Let's just cast child!Idril in Season 3.

Staff member
So the consensus seems to be that this girl has a good chance of being cast as young Idril:
Mckenna Grace 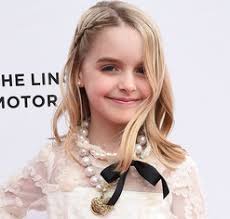 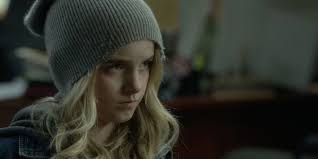