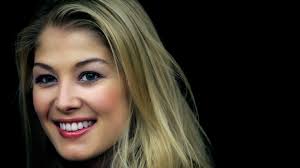 Staff member
Indis, tall, blond and pale with a calm demeanor, is everything her close friend Míriel isn't. Fëanor will never accept her as his replacement mother or as Finwë's replacement wife (the elves don't have a word for 'stepmother'). But...she is far from an evil stepmother, doing everything she can to reach out to Fëanor and accept him as he is, in an attempt to honor the memory of her dead friend. She raises her own children to be understanding of their half-brother, despite his treatment of them.

She was Aurora in Maleficent, and the teenage idealist Ginger in Ginger and Rosa. She has the 'looks sweet and innocent, but will surprise you' vibe going on. We should only cast Dakota Fanning's little sister in this role if we're comfortable with the 'agelessness' of elves meaning she's really thousands of years old despite appearing just barely grown. We would see her at Cuiviénen with her father, and then in Tirion being friends with Míriel, before the romance with Finwë. She was the young girl in Jurassic Park and Tremors. She doesn't seem to have made the transition to adult actress and is now a painter, but I don't see why that should stop us from considering her for this role.

I think Rosamund Pike is perfect, but will nominate Deirdre Mullins to add to our options.