Staff member
Season 4 Post Season Session on Sets and Locations was on January 2, 2020. It can be looked up as Session 4-31 on Twitch, YouTube or the podcast (eventually).

Rhiannon's notes on the session are available here:
https://forums.signumuniversity.org/index.php?threads/session-4-31-sets-and-locations.3647/#post-31301

This thread is being provided so that people can easily look back to see what choices were made, and to inform any future artwork associated with the project.

Note: If no comment was made on an image, then I am not including it as part of a decision. If an image was vetoed, it won't be included without explanation. Not every image on every thread was included in the Powerpoint, so there are plenty of suggested images that were neither approved nor disapproved by the Hosts.

Decisions that were made are as follows...

Wood used for walls/defensive use; tents for living. Make sure that nothing looks rough/slipshod/cobbled together - everything should be high quality craftsmanship. Tents should be colorful, and can even be decorated with paint or embroidery.

Fëanorean camp has more 'stuff' and organized in a militant way. Set up not unlike a Roman camp, and with furniture included. They brought stuff with them in the ships. 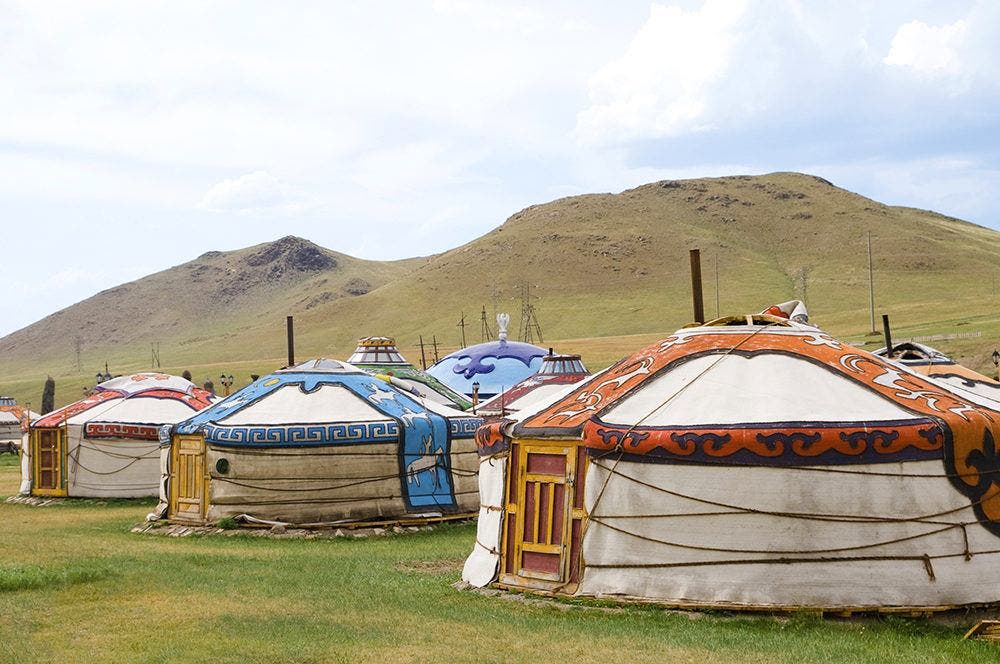 When this camp is broken down and the Fëanoreans move west, Amras gets the discarded tents for his nomadic encampment in East Beleriand (Estolad and nearby areas).

Fingolfinian camp is more refugee and less militant - limited supplies, organized in a more meandering or haphazard fashion. Only what they carried across the Helcaraxë and what they make once they arrive. (Finrod somehow has the most treasure?)
Main camp:

The land of pines will be the Altai Mountains - fully wooded steep slopes with large white-topped mountains to the south. Some highland mesas would be appreciated as well. 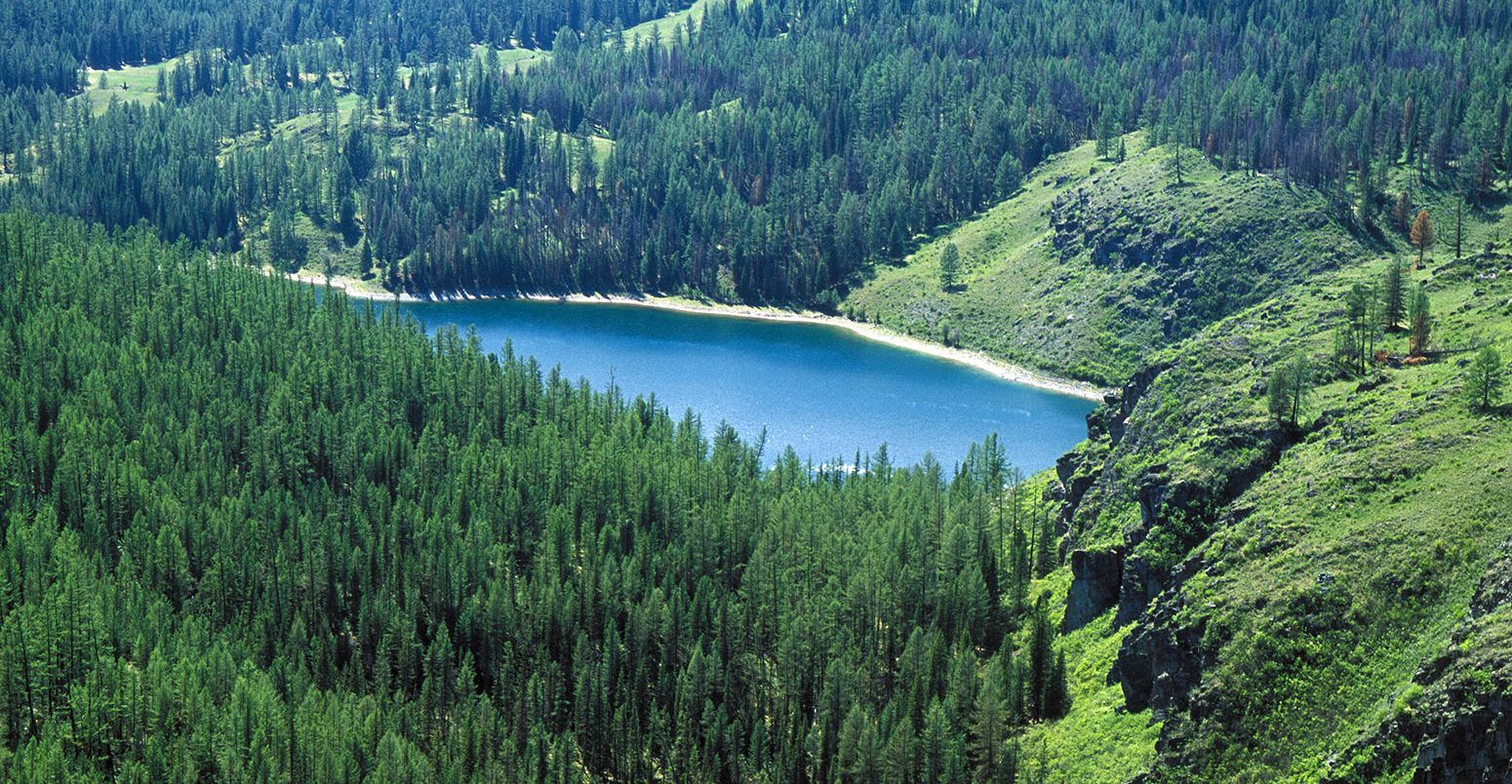 We are looking for ornate woodwork with attention to decorations and flourish. The Noldor of Dorthonion are building with the very plentiful pine trees because they are available. 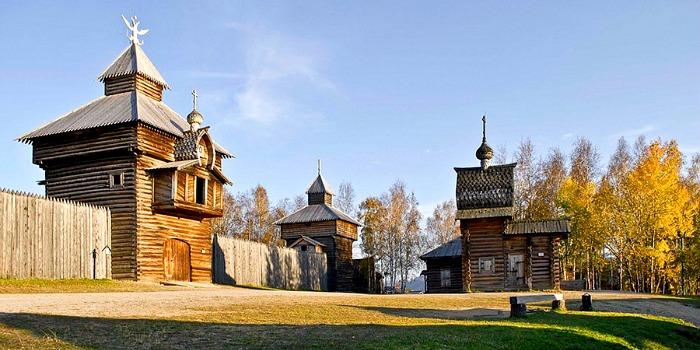 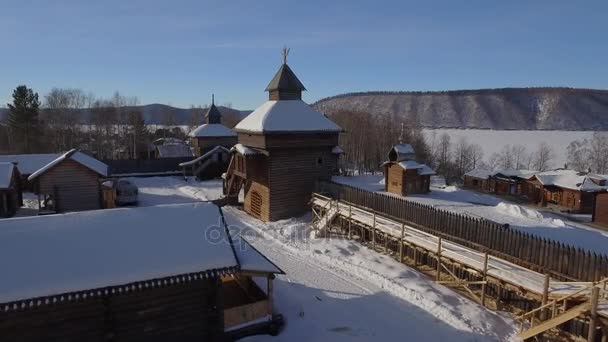 Maedhros' fortress should be cold, and command all the land around. There should be layers of defensive walls. It should be an unassailable castle on a crag. The land around Himring should be more tundra than forests. 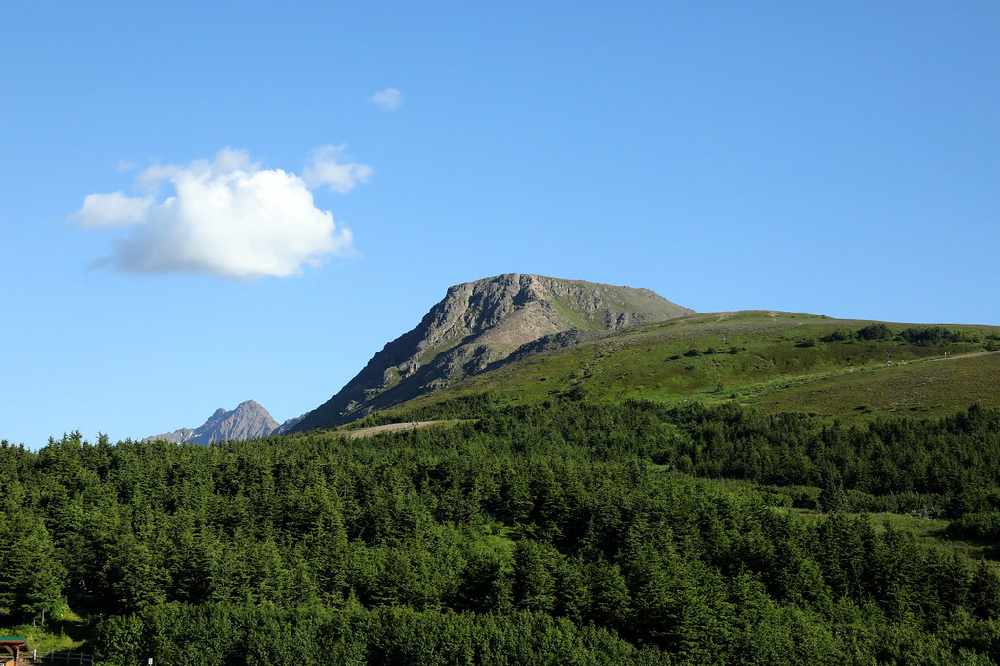 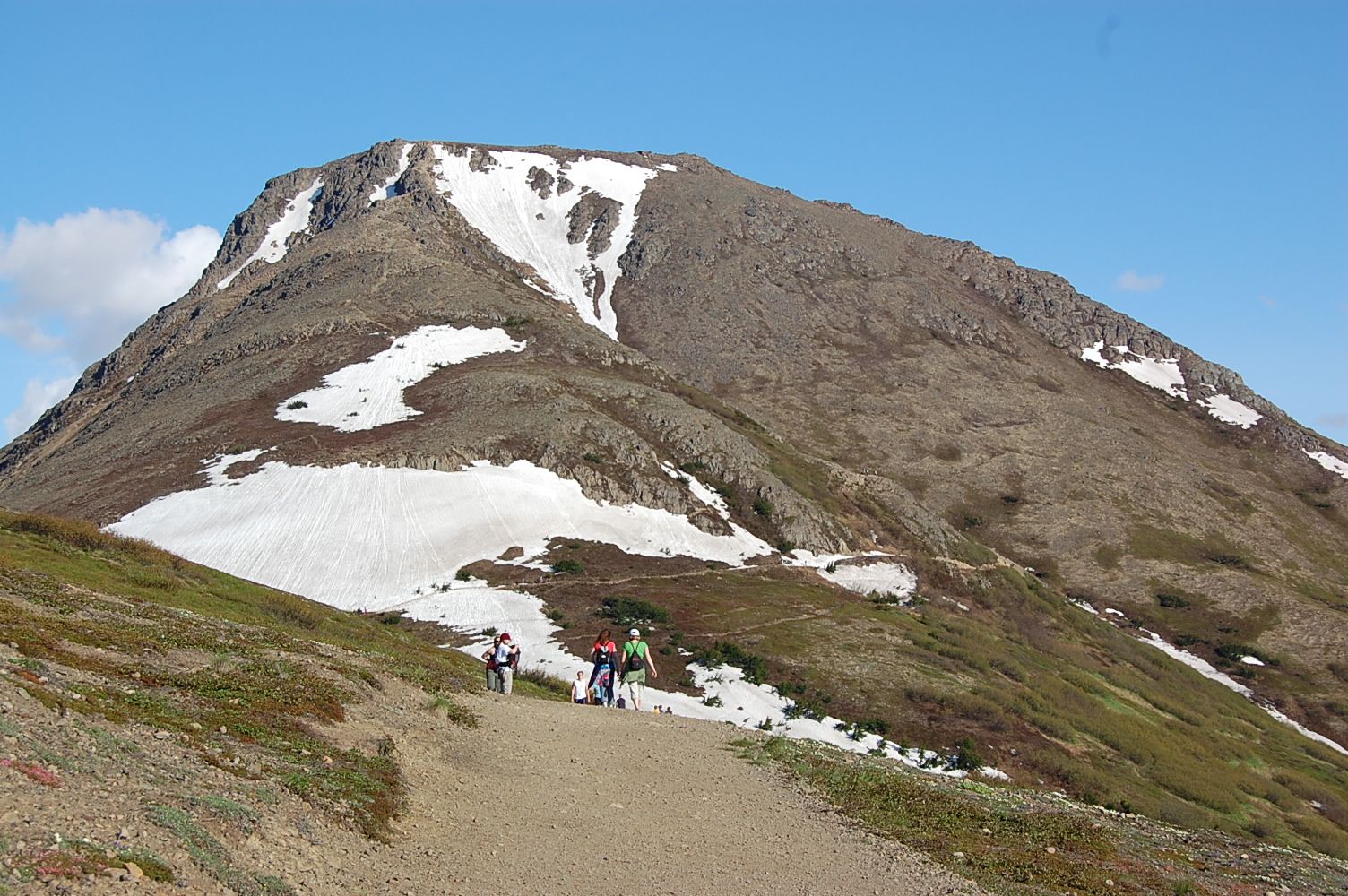 Keep Helevorn
Caranthir will be exacting a toll on the dwarf road, and his fortress is between Mount Rerir and Lake Helevorn.

Fingolfin's fortress defends a pass into Hithlum, and serves as a staging ground for armies to attack the enemy on Ard Galen. So, the main fortress will be perched on the mountainside of the Ered Wethrin and command a good view of the surrounding plains and have easy access to the plains below.

Southern Iceland has some lovely landscapes with the flat lands of the plains with the cliffside and waterfalls. Not the looks-like-Mars volcanic landscape, but the lush green areas.

This image is very striking: 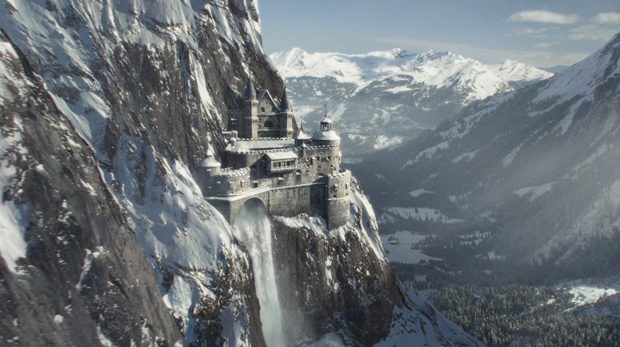 There are some modifications requested - a pass back over the mountains behind the fortress, and a road down to the plain to make the fortress accessible. If the goal is to be able to move armies, you need roads. They don't need to be directly below the cliffside of the fortress, though. Also, whether or not Eithel Sirion is actually within the fortress is still an open question.

A craggy island in river rapids is the desired location for Minas Tirith. It has walls, but the main defense is the geography.
There is a drawbridge to the eastern shore, and mountains steeply approaching the river to the west.

Fortress-to-island size ratio is good in this image:

And cragginess-of-the-island is good in this image:

Falls and Gates of Sirion

The falls are the easy part. Haifoss Falls in Iceland seemed good to the Hosts. 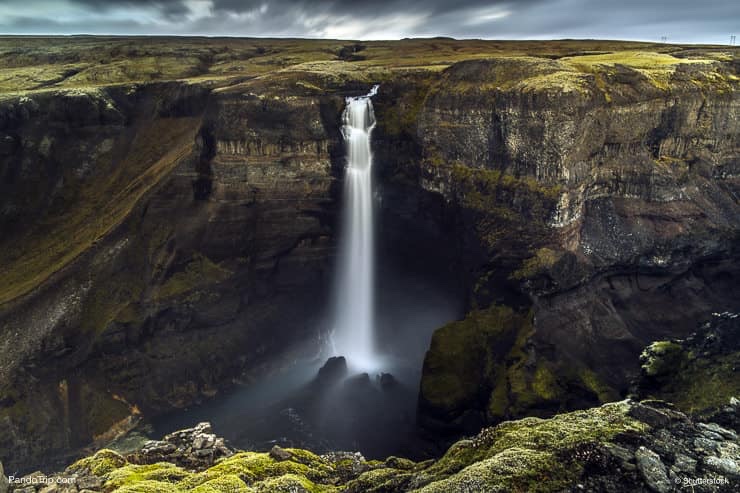 The tougher part is the gates, where the river bursts out of the cliffside in whitewater. Ted Nasmith's art is the right idea: We can probably manage some canyon river imagery that with the correct angle and some mild CGI will close the cliff faces together over the waterfall. 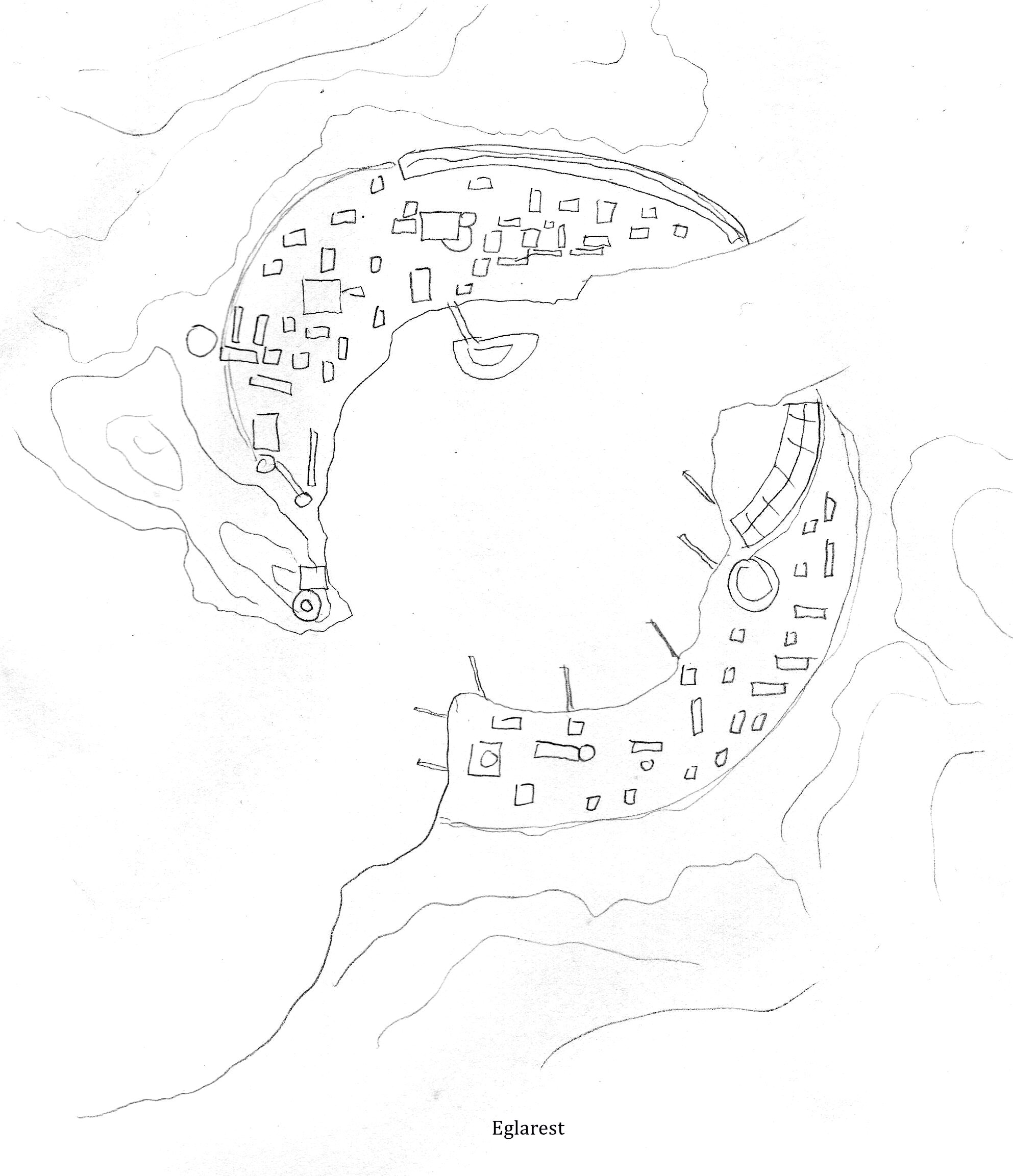 No road goes to Eglarest - the river is the main access point. The Hosts really liked the divided city with the lighthouse on the point.

Rebuilt-Brithombar is built into the cliffs rather than on the flats (like in the past), so that we see a change in the 'new' city despite the same location. (Not on top of the cliffs.)

Vinyamar
Turgon's palace is the westernmost point of the city. It's a relatively low terrace compared to the rest of the city. The access points to the city are on the riverside. Drop from throneroom balcony to the waterfront would be maybe 50 feet; not 100s. 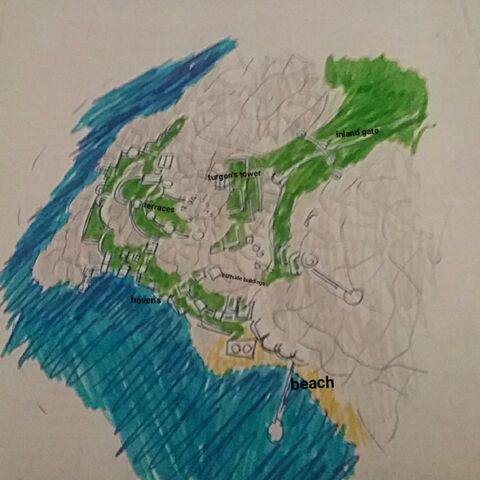 Elenwë's statue built into the cliff wall is approved, as is the idea that islands in the river would be occupied during the Mereth Aderthad. The Venetian throne room is a....save-it-for-Gondolin idea! The balcony overlooking the harbor for the throne room is good, though perhaps the Hosts envisioned the waves breaking on rocks rather than on an elf-made structure.

River must be in a green and growing gorge (not a bare rocky canyon).
Example: Yangtze River, China

Tolkien's drawing of the entrance of Nargothrond presents some problems for secrecy, as Octoburn pointed out.

If the gates are moved into the cliff face, they will be less obvious from a distance. Rhiannon's idea of having the gates within a tunnel concealed as a 'natural' entrance with trees is approved.

Feel free to continue the discussion of the sets and locations for Season 4, but keeping this discussion in mind!

I did cut a video tour of my Gondolin Luxury Apartment Tower. Should be posting a link soon.

Staff member
I don’t want to mess things up but I was kind of confused when I saw that Dorthonion was discussed, since we dealt with it last season: https://forums.signumuniversity.org/index.php?threads/dorthonion.776/

Haakon said:
I don’t want to mess things up but I was kind of confused when I saw that Dorthonion was discussed, since we dealt with it last season: https://forums.signumuniversity.org/index.php?threads/dorthonion.776/
Click to expand...

I didn’t notice it becoming a topic for this season, or I would have said something. The differences aren’t too big, so there’s no real ‘harm’ done, but still. I know there are a lot of threads and a lot of material, and we have been bad at keeping track of the sets, but I would ask everyone to keep their eyes open. Again, I don’t want to create a problem, just make you aware of this.

Staff member
Yeah, it would be helpful if we had a 'results' thread like this for earlier seasons, so we could keep track. I will admit that I did not go back and cross-reference prior seasons when putting this material together, but I can edit in what was said about Dorthonion before, I think.