Who should be cast as Aredhel, the daughter of Fingolfin and mother of Maeglin?

I say Charlotte Riley, best known for the role of Catherine Earnshaw in Wuthering Heights (2009), opposite Tom Hardy (who by the way is her husband in real life).

Staff member
As a bonus, Corey Olsen will recognize her as Arabella in the BBC's 'Jonathan Strange and Mr. Norrell.' And at least we know she does TV work!

I think she could easily pull off the strength and passion for this part, though again, I don't think we're casting Aredhel this season. I might be wrong.

Staff member
...which I wrote

Doesn't mean we're actually casting all of those characters this season - they are elves who are alive at the time of our story, not necessarily characters who will be cast in Season 2. Galadriel and Aredhel are the same age (born the same year), and I would *like* to include a scene in Season 2 that shows her friendship with the Sons of Fëanor (mainly Celegorm).

But even if we do include that scene, with the vast number of characters to cast for Season 2 and the relative dearth of new characters to add for Season 3, it makes a good deal of sense to hold off on casting the younger generation of elves until Season 3. I'll go re-write the casting list to reflect that
H

Perhaps this can be a better suited role for Natalie Portman?

Hatleking said:
Perhaps this can be a better suited role for Natalie Portman?
Click to expand...

This doesn't completely sidestep the problem of casting Portman as a "mother who dies", but we certainly have more to work with here! Portman could certainly pull off a Noldo princess hardened but not broken by adversity. Ayelet Zurer might be another one. She's a great actress.

I am going to put my small input here and say...

Kate Beckinsale for Aredhel. I think she could present both sides to Aredhel, the kind that is Maeglin's mother (and probably a mother figure to Idril) and the one that is a huntress (maybe even a warrior).

This is pic is from her in Underworld

This one is from Van Hellsing

And this one is from Pearl Harbor I don't know why I always end up posting in the casting subforums. That was originally something I did not have any interest with, but as I have delved into the project I've realized that having something visual helps connecting to a character. There's so many different routes to go as well and each actor/actress can bring something different to a character. Quite exciting.

And fear not. I have found the perfect Aredhel. It's Sophie Skelton, of course. She's by far not the most known actress here, but she might just be the most suited. If you have not already, I urge you to watch the Ren miniseries. The first season is five episodes, 10 minutes each. It's beautifully crafted and Sophie Skelton plays the main character. The creator is Kate Madison, the creator of Born of Hope and The Hunt for Gollum. All of this is on YouTube.

Here's a picture from a scene in Ren. It's worth a watch! 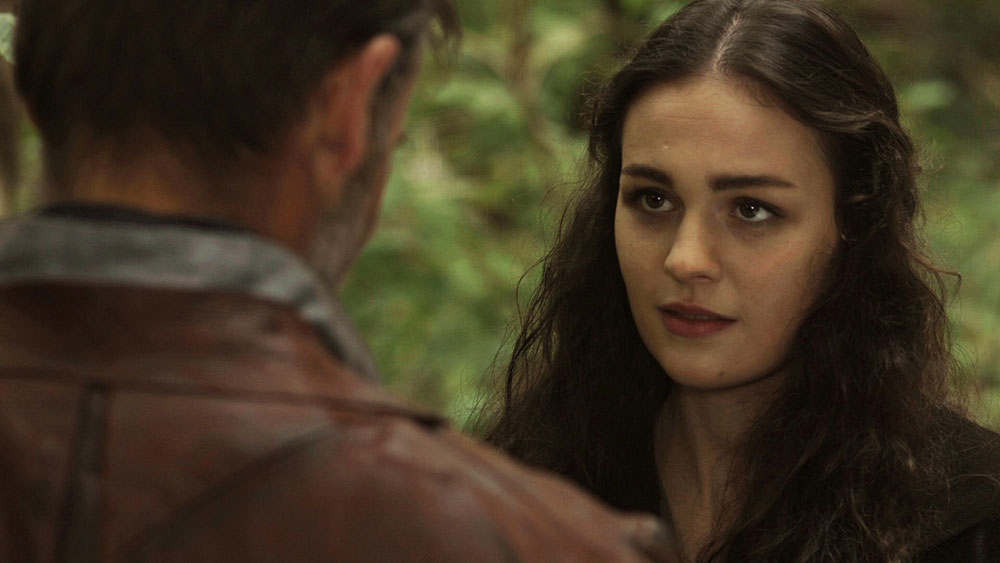 A harmless bit of playful hyperbole, I believe.
H

Completely harmless indeed. No offence to your preferred choices. I'm not trying to step on any toes here, just trying to make a fun, convincing argument.

Ren, of course! A miniseries dedicated to my forum-me! I'll take it gladly. Beside of that I think Sophie Skelton is an interesting choice for Aredhel.

In the Fantasy Casting segment from last year's Webathon, Corey and Tris liked the idea of Mila Kunis for Aredhel.

Any reasons? I'm not particularly sure Mila Kunis is experienced in serious roles.
Last edited: Nov 12, 2016

They probably talked about it on their podcast.

Could you send a link?

Umm... I usually just use my podcast app to listen to them, but.. this might work.https://www.acast.com/thetolkienprofessor/298-fantasy-casting-for-the-silmarillion-film-project

Staff member
Kunis was in Black Swan. I think she could do serious acting well but I think I'd prefer Charlotte Riley.
I think we can use the ideas in the fantasy casting but I don't believe those ideas are to be taken as better than other ones - Dr O often says his knowledge about actors and actresses is very limited. The suggestions are often good examples and indicate roughly the direction in which he wants to go.
You must log in or register to reply here.
Share:
Facebook Twitter Reddit Pinterest Tumblr WhatsApp Email Link
Top