Staff member
What do you think about Jessica Brown Findlay? 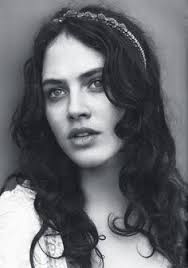 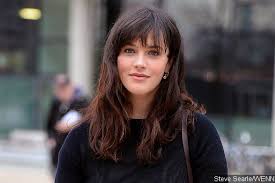 Suggestion: could Arwen and Luthien be played by the same actress? Arwen is said to be the spitting image of Luthien.

If so, I would suggest Daisy Ridley.

Staff member
It is something that has crossed my mind actually. But even if there are aspects of the idea that are poetic I think it would give us problems. Would this imply that Lúthien is reborn? Since elves are supposed to be reincarnated (at least to some degree and at least according to certain texts) this isn't a far fetched assumption. But Lúthien's destiny was very special and I think her being reincarnated in Arwen isn't somewhere we want to go. So I suggest we stay as far away from that as possible.

Staff member
I think that both Arwen and Luthien should look a bit like a young Edith Tolkien:

MithLuin said:
I think that both Arwen and Luthien should look a bit like a young Edith Tolkien:

I think Dr Olsen said he didn't really want to go that far. But still, I like your idea. For Lúthien especially.

I like idea of basing Lúthien's image in Edith so much it turns my heart to jelly.

I think that is it fitting for Lúthien to look like her because at the end (or begining) of the day, Edith WAS Lúthien. It also seems very poetic to me for that reason.

I know it sounds weird, but for me, it would feel like a direct tribute to profesor Tolkien as the author, not only to his works and his books.

Staff member
We must try to find an actress who looks like Edith when we do the casting for Lúthien. But I maintain that Arwen should be played by another actress. And I think it will be hard to find one actress who is an Edith look alike, and extremely hard to find two such actresses. Let's try to think of Arwen as someone who reminds people of Lúthien, but in a more subtle way.

Haakon said:
We must try to find an actress who looks like Edith when we do the casting for Lúthien. But I maintain that Arwen should be played by another actress. And I think it will be hard to find one actress who is an Edith look alike, and extremely hard to find two such actresses. Let's try to think of Arwen as someone who reminds people of Lúthien, but in a more subtle way.
Click to expand...

Maybe we can do the effect of "look alike" with hair and make up? Using a similar hairstyle and dressing them in similar clothes to create a connection?

Staff member
I think it would be better if they actually have some facial resemblance, or behave and move in a similar way. But yes, I think hairstyle is one way to do it. I'm not so sure about clothing.

Staff member
Actually (Ange1e4e5 will be happy about this), Daisy Ridley can look like Edith quite a lot.

There's something in and around the eyes there. I wouldn't say they are identical, but a twin will be hard to find.

Staff member
I am not sure why this profile portrait of Edith exists, but, it does, so..... I agree we won't find an exact match, but I want people to be able to see a similarity in some ways, for both Arwen and Lúthien.
B

I think that we first have to decide on what kind of character Arwen will be before we can cast her. I don't think we want to make her like movie Arwen (action hero with a dashing scar on her cheek), but we also don't want her to be a young female version of Elrond (bookish and loremaster.) She should probably be somewhere in between. I don't know what the answer is, but I thought I would throw this concept in the discussion.

Staff member
Another alternative, for both Lúthien and Arwen is Claire Foy. She played Anne Boleyn in 'Wolf Hall'. She's a really versatile actress. 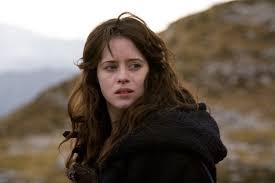 What about Gemma Arterton for Arwen? I do think she'd be a pretty good fit for the dual role aspect as well, though. She does look like she could be the daughter of Melian, as portrayed by Rachel Weisz. Not an identical resemblance, but credible enough. Not sure about the striking resemblance to Edith Tolkien but....

(With hair and makeup into consideration for both, of course)

I honestly do not like the dual role idea. They are two distinct characters and the audience get the similarities with their situations even without having the same actor. Why is it so popular?

Staff member
I do not want to see one actress playing both Arwen and Lúthien. If possible, I'd like to see some resemblance between them. But that isn't essential.

I still think Daisy Ridley would be a good idea for either Luthien or Arwen.

My preference actually swings towards casting different actresses. I'd kind of like Arwen to have her own distinct appeal. I found it interesting that Arterton could pass as Lúthien too, so figured I'd throw that context in as well to see how it would stack up. Still prefer her for Arwen, but she wouldn't make a bad Lúthien either. Definitely not saying she has to be both. If it came down to a single actress, however, she'd be someone who would make that idea okay for me. But yes, Arwen primarily.

Staff member
I certainly agree that they should be two different actresses. But the similarity should be strong enough that when Arwen says, "I have often been told I look like her," the audience doesn't scoff.