This, to me, is one of the trickiest but most exciting notions of the idea of a Silmarillion adaptation. I love to think about the possibilities, and see what other fancasts people have come up with.

There are actually very few Silmarillion characters that I have cemented in my mind as far as physical appearance, but I have pondered out a few favorites! Here's what I've branstormed for fun so far:


MY VALAR PICKS
In my mind, the Valar are played by live-action actors, but greatly enhanced by hair/makeup/digital and lighting effects to give them an illusion of being somewhat otherworldly, or even abstract in form (i.e. I imagine the face of Ulmo often being seen in the physical form of water; or that part of Yavanna's physical being would be growing flowers and plants, for instance in her hair, yadda yadda).

RAY STEVENSON as TULKAS base
He's been typcasted a bit since his role as lovably violent Titus Pullo in HBO's Rome, and I'd hate to do it again, but I think he could perfectly capture Tulkas' wanton sort of revelry, and his toughness. He's capable of seeming quite ferocious, but also warm and cheerful.

DENIS MÉNOCHET as AULË base
I mean, check out that gif. It's Aulë. SARAH GADON as YAVANNA base
Imagine an incredible flowing wig laced with living flowers and leaves... GEMMA ARTERTON as NIENNA base
Look at that face. Such tender empathy, and melancholy wisdom. JESSICA CHASTAIN as NERDANEL
Wife of Fëanor, and a perfect mother for copper-top Maedhros. HUNTER PARRISH as AMROD and/or AMRAS
The youngest sons of Fëanor and Nerdanel, twins.


MY LIST OF PRETTY PEOPLE IN HOLLYWOOD I WANT TO SEE AS ELVES
Elizabeth Mitchell, Charlize Theron, Joseph Fiennes, Emmy Rossum, Diane Kruger, Jennifer Connelly, Max Riemelt, Bradley James, and the road goes ever on and on....

The main casting that I've been thinking of is who is going to play Mandos (mostly because I am trying to imagine who will proclaim the Doom of the Noldor in the most epic way.) My original thought was Morgan Freeman because he has the great voice. However, I'm not sure he looks tough enough. My second thought was Liam Neeson. Definitely tough enough (see Taken). However, I then thought of the perfect person: 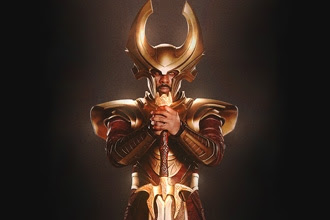 Idris Elba who play Heimdall in the Thor movies. I mean, look at the guy! He's got a pretty good voice and he could probably even keep the same outfit.

If we decide to not cast him as Mandos, I think he could definitely play either Tulkas or one of the human characters (i.e. Turin Turambar.)
N

I think Anthony Hopkins is a maybe for Iluvatar for a couple of reasons. First has nothing to do with his acting or voice, it is that he played the All Father in the Thor films and Iluvatar is in some drafts called the All Father. Second I think he has the voice for it.

I agree with Bre that each character probably deserves her own thread!

I have a few ideas for casting (and with due respect to the fact that we don't have to be realistic):

Melkor: Danny McBride-has appeared in appropriate garb on HBO before, on Southbound and Down. Tree killing and jewelnapping are right up the street for a Danny McBride character.

Sauron: Nicolas Cage-he'd been offered the part of Aragorn in the Peter Jackson trilogy. I think that this would work surprisingly well, since we have been bombarded with the image of Sauron in a helmet/mask for so long. I think that Mr. Cage's strong character distinctiveness would serve to make Sauron more lifelike.

Bre said:
I can see this thread potentially getting out of hand with casting suggestions just for the sheer number of characters in The Silmarillion. Maybe we should have a casting suggestion topic for each character. For example, Yavanna would get her own thread with casting suggestions or maybe casting inspiration (posting a dead actor or maybe an actor type but hoping to find an unknown or younger/older actor like those referenced actors). But this could also get confusing because of the large number of topics that would thus be created. Thoughts?
Click to expand...

NicoleHobbitday said:
DENIS MÉNOCHET as AULË base
I mean, check out that gif. It's Aulë.
Click to expand...

Staff member
What about this guy as Ulmo? His name is Cheng-Hui Yu. I haven't seen any movie he's in but he looks great I think. Hey, he needn't be Ulmo, but that was the first that came to my mind. 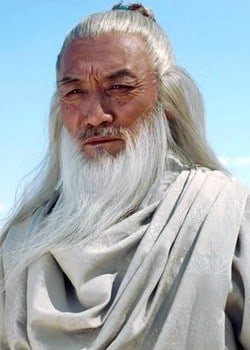 Staff member
Oh we need to think of casting the frame narrative as well, right? So, if I got it right, Aragorn as a kid and all the people around him? Later I'd like to see Daniel Day-Lewis as Aragorn.

Staff member
I've been thinking about the first elves. We will just get to see them waking up and not much else in the first season, so we need to make the audience to immediately get the feeling that something great is going to happen, and one way we can do that is by having known faces cast for these roles - I mean primarily Ingwë, Finwë and Elwë. On the other hand, it is probably a good idea to use really well known superstar actors very sparingly throughout the series, although, it will be a challenge to find really good unknown actors for the whole of Silmarillion, the Hobbit AND The Lord Of the Rings. So we need both.
A particular problem we face is that we need a lot of elves, actors who have a special elven quality. Those NicoleHobbitDay have suggested as elves are very good I think, especially Jessica Chastain. Scanning the internet for actors with an elvish look though, I find that there is a risk here. The danger in my opinion is that we muster a cast that is full of pretty boys and pretty girls, but maybe less good actors (I don't refer to Nicoles suggestions). I don't know if there is a way around that. Anyway...

Here are a couple of suggestions for elves:

Richard Armitage. I know, he played Thorin Oakenshield. But to me he is more of an elf than a dwarf. People would hardly recognize him as the guy who played Thorin. He could be Finwë.

Paul Bettany. I think he would be a great Elwë. If not cast as Elwë, we can use him somewhere else, he's a great actor.

I haven't found an actor who could play Ingwë. I think I keep looking for someone looking a bit like a young Paul Newman, and that seems hard to find...

Staff member
For Elrond, I'm thinking Joseph Mawle. He looks slightly elven, neither old nor young, and could pass both as a wizard and a warrior.
http://www.imdb.com/name/nm1152798/

Staff member
Jason Momoa would be a great Oromë. As Nessa - Vanessa Hudgens?

Staff member
Nicholas Palazzo suggested Chris Evans as Ingwë, which I think is a great idea.

Hi!
I fpund this on pinterest. I know we have to pick real actors, but this is a nice idea that can guide us to real actors.
http://pin.it/SWkxSRd