Staff member
I've noticed that we've neglected some of the more minor characters who are going to need actresses to portray them. Part of this might be because the source text doesn't have much information on them, but some of them will be in multiple episodes of our show and have lines, so will likely wind up being more prominent characters than some of the named male characters. Just something to keep in mind. I'll list out the ones we need who don't have their own threads, so we can discuss them all together here:

1) In the Frame, Arwen will have a friend who decides to depart into the West and go to Valinor after the Battle of the Five Armies. We haven't named her yet, but it has been suggested that she be an elf from Cuivienen who become one of the Avari...She is an elf of Rivendell, though, so could also be Noldo. [Edit: She now has her own thread, Arwen's Mentor, so post there with suggestions.]

2) Nurwen is an Avari who has a bit of a crush on Elwë (Thingol), but realizes he does not return her interest. She at first plans to join the Teleri on their great migration, but eventually decides she has too many reasons to stay and becomes a leader/spokesman for the Avari who remain at Cuiviénen. She *may* be connected/related to character #1 (TBD). [She now has her own thread; please post suggestions there!]

3) Tatië is Míriel's younger sister. She appears in 2 episodes (2 and 3), and is mostly an antagonistic character. She disapproves of Míriel's wedding to Finwë and warns her against him. She also joins Morwë in his anti-going-to-Valinor speech, and becomes one of the Avari.

4) Iminyë is Ingwë's wife who is missing/dead at the beginning of the Season. She is the mother of Indis, and she returns from the dead in Episode 5. She and Ingwë will go on to have a son (Ingwion), but perhaps that detail will not be included in our story. She will be a minor character throughout the rest of Season 2, appearing in the wedding scene of Indis and Finwë (Ep 8) as well as in the Feast (Ep 12) where she has the position of High Queen of the Elves (with her husband who is High King).

5) Findis is the first daughter born to Finwë and Indis, and she is close to her mother. She's not a particular fan of Fëanor, but she stays out of the Fëanor/Fingolfin feud, taking her mother's view of Míriel and Fëanor. She will be a more minor character than her siblings, but will be introduced as a child (not cast) in Ep 7, and appear in several episodes after that. She will remain in Valinor and not join the rebellion. Like her brothers, she should be dark-haired.

6) Irime is the 2nd daughter of Finwë and Indis, and she's a fiery one. She's very close to her brother Fingolfin, so takes his side in the feud. We are talking about having her take on the role of Galadriel and speak up during the rebellion of the Noldor in the torch-lit square, being very keen on avenging the murder of her father Finwë. It is possible that she will die early in Season 3, in the Kinslaying. [Edit: She now has her own thread, so post suggestions there.]

7) Anairë is the wife of Fingolfin. They are married sometime between episodes 7 and 8 (so offscreen). While she is likely very supportive of her husband, she will not join him in rebellion, but will remain in Tirion. She is close friends with Eärwen.

8) Eärwen is the daughter of Olwë and the wife of Finarfin - and thus the strongest connection between the Teleri and the Noldor. She will have to be shown as a character to establish that connection. She will not join the rebellion and will see some of her family dead in the Kinslaying (she has some unnamed brothers who may be minor background characters. She has blond hair, which she passes on to her children.


There are also various unnamed wives (ie, Olwë's wife, Lenwë's wife, etc) We know these guys have children in these episodes, so presumably wives too, but so far no scenes have been written specifically for those wives. So I don't think it's necessary to cast them.
Last edited: Nov 4, 2016

Staff member
I'm not sure who she'd play but I've been thinking Oona Chaplin would be great as one of the Noldor. 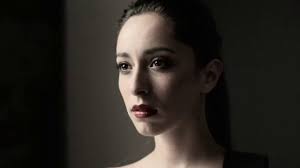 From what I've seen she's often cast to play mild, rather quiet (but also strong) characters.

Staff member
And Krysten Ritter hasn't been given a job yet, despite a couple of good suggestions...

Relooking at Haakon's suggestion of Oona Chaplin, I really think I prefer her look for a Teler. Do we have a role that would fit her? Earwen has to have "starlight" hair, which might not suit Chaplin, but she looks like someone who would be completely at home either on the beach or at sea.

Also, I love Ritter for Irime.

one thing has come to my mind... thinking about orodreth... what about his mother eldalote? if orodreth,idril and celebrimbor really are still children this season and angrod takes his little son with him while his wife stays behind that would really be sad and tragical...

Staff member
We have Finarfin, Fingolfin and Fëanor's wives all decide to stay behind, so the tragedy is focused there. Is Elenwë the *only* wife who goes with the princes? That seems...off. I think that, if we have Eldalotë as a character, she can be in Beleriand.

indeed it seems most women either stay behind (nerdanel,indis,anaire, findis) or are not allowed to go (amarie).

elenwe leaves but dies on the iceclaw,aredhel, galadriel and idril leave. for eldalote and irime its not entirely clear.irime seems to have left but is never again mentioned.of coyrse the adaption can take the freedom to include both as female characters for a beleriand setting... a few older elven women coyld work well in that otherwise martual male-centered noldo-society
Last edited: Dec 17, 2016

Staff member
We are planning to have Irimë decide to go, but then be killed by an arrow of the Teleri in the Kinslaying. This might be the impetus for Fingolfin's contingent to wade into the battle at Alqualondë.

interesting idea! i'm looking forward on how yoy'll do the kinslaying..

What about Celebrimbor's mother? So far as I can remember, she's never even named, but if a young Celebrimbor is going over with his father, I would think his mother would, too. We needn't do much with her; we could kill her off early or have her be this milquetoast little thing (not all the Noldor can be strong, driven characters).

Staff member
We could make use of her as a nurse, as someone is going to have to be healing injuries once we get to Beleriand.

Staff member
But maybe we cast her (and Eldalotë) next season? We've put ourselves in the situation where we are doing casting for Galadriel, but not for her brothers, and not for her cousins...
You must log in or register to reply here.
Share:
Facebook Twitter Reddit Pinterest Tumblr WhatsApp Email Link
Top