Rhiannon said:
What do you mean?
Click to expand...

In the sense that Finrod is hoping that Thingol will be part of the efforts against Morgoth and Thingol doesn't do much to help the Noldor on his end.

Ange1e4e5 said:
In the sense that Finrod is hoping that Thingol will be part of the efforts against Morgoth and Thingol doesn't do much to help the Noldor on his end.
Click to expand...

Yes, but he never promised to help the Noldor, only to keep friendship with them.

MithLuin said:
Thorongil and Denethor as parallels for Tuor and Maeglin is interesting!

I remember someone pointing out once that Denethor's marriage to Finduilas (and the birth of Boromir) overlapped with the end of Aragorn's time in Gondor. The suggestion being that Aragorn could have been Boromir's father (though there's no reason to think that).

As for Ulmo, I think the idea is that the Noldor (or at least Turgon and Finrod) welcome his intervention, so whether or not it's surprising, it isn't something they're questioning deeply and mostly just accepting at face value because they're grateful for it.

The viewers, though, might be questioning why and wherefore, which is why it would be good to have a check-in with Valinor before the end of the season.
Click to expand...

Wait, there's a theory that Boromir is Aragorn's son?

Staff member
More a sidenote that Aragorn was around when he was born than a serious suggestion that Finduilas cheated on her husband!

And this fanart of Ecthelion, Steward of Gondor, with Thorongil, and toddler Boromir! (Artist: Kasiopeia, Katherine Carina Chmiel) 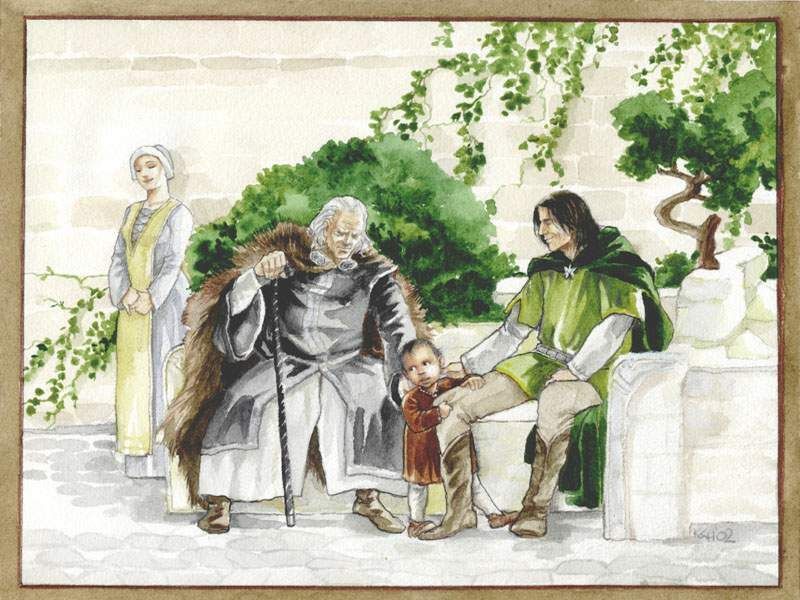