Andreth (Sindarin for patience, long-suffering), also known as Saelind meaning “Wise-heart”, is a wise-woman of the House of Beor, and beloved of Aegnor. Intelligent and passionate, she pushes for the House of Beor to relocate to Ladros, having seen the problems inherent in their closeted existence in Nargothrond (we have the House of Beor moving to Nargothrond instead of Estolad before going to Ladros).

Being a member of the House of Beor, she’s definitely dark-haired. To contrast the more muscular Haleth, we could either have her be tall and slender or more petite.

Staff member
Most of what we know of Andreth's character is from the 'Athrabeth Finrod ah Andreth' in HoME X: Morgoth's Ring.

It contains these descriptions of her as a young woman:

"Yet then thou wert a maiden, brave and eager, in the morning upon the high hills of Dorthonion."
"Now he will ever remember thee in the sun of morning, and that last evening by the water of Aeluin in which he saw thy face mirrored with a star caught in thy hair —ever, until the North-wind brings the night of his flame."

And she describes herself after the death of her grandfather, when she is about 50 year old:
"Say: who art now but a wise-woman, alone, and age that shall not touch him has already set winter's grey in thy hair!"

Her main characteristic is to be a wise-woman, which is described in the text as follows:
"Of the Wise some were women, and they were greatly esteemed among Men, especially for their knowledge of the legends of ancient days."
It goes on to mention that Bëor was one of the wise, and that Finrod was closest in friendship with Andreth, because she was actually willing to talk to him in a way that some of the other human Wise people were not .

I’ve been thinking of Andreth as a contrast to Haleth; not so much Wonder Woman as much as Elizabeth Bennet (the original literary version, not the Pride and Prejudice and Zombies).

Lily James, Actress: Cinderella. Lily James was born Lily Chloe Ninette Thomson in Esher, Surrey, to Ninette (Mantle), an actress, and Jamie Thomson, an actor and musician. Her grandmother, Helen Horton, was an American actress. She began her education at Arts Educational School in Tring and...

www.imdb.com
Age: 31
Height: 5'7"
Roles: Rose MacClure in Downton Abbey, Cinderella in Cinderella (2015), Elizabeth Bennet in Pride and Prejudice and Zombies, Debora in Baby Driver. She's also been cast as the second Mrs. de Winter in Rebecca (alongside our Maedhros, Armie Hammer).
Lily James has come up a couple times for Luthien and Idril, and could be an option for Andreth. Very good at playing a wholesome nice girl, with brains and occasionally some brawn.

I'm wondering how many different actresses we will need for Andreth, from her youth to her adult years and later years - it's not certain yet when exactly her story starts and ends in the show, but we couldn't have the same actress for a woman of 23 and a woman of 70+ years right? Or do we chalk all that up to CGI magic?

Alcarlótë said:
I'm wondering how many different actresses we will need for Andreth, from her youth to her adult years and later years - it's not certain yet when exactly her story starts and ends in the show, but we couldn't have the same actress for a woman of 23 and a woman of 70+ years right? Or do we chalk all that up to CGI magic?
Click to expand...

We might use the same actress for young adult to middle age, but not sure on elderly years.

Staff member
In TV shows, it's not uncommon to just put makeup on your actors and say they are old. Like in the original series Star Trek. But that was a low budget show with less than impressive special effects. Now, they can deage or age up an actor with special effects, but with limited success. So, Robert Downey Jr plays a teenage version of himself at the beginning of Civil War, and they have young versions of Princess Leia and Grand Moff Tarkin in some of the later Star Wars films. I think that the best example is in A Beautiful Mind, where one actor plays a range of ages for the main character.


So there are options. But I think that the first step would be to figure out which episodes she will appear in, and if the audience can reasonably be expected to recognize her. Introducing a completely new actress to play Andreth for the final episode when she delivers her commentary on the season is likely not a good plan.

I like Anna Paquin for the role. She's got a fantastic smile, but does serious well. Plus, she's pretty but not cliched Hollywood pretty (IMHO). Her face is more interesting than beautiful.

Conservely, if we want to go in a completely different direction, I could see Zendaya in the role. I was really impressed in her abilities in The Greatest Showman. She's only 23, though, so we'd probably have to cast another actress for Old Andreth -- I think makeup/CGI would look silly for her case.

Another suggestion for the role could be Maisie Williams. Like Zendaya she’s also 23, and I know that Williams is known for being action girls like Arya Stark and Wolfsbane in The New Mutants, but that’s the interesting part (I like to play with typecasting). One of the other things that Arya had about her, particularly in the earlier seasons, is being a good judge of character (barring Season 7) and being savvy from the get-go, which endeared her to a lot of fans in the early going. I think we could play up that angle a bit more.

Maisie Williams, Actress: The New Mutants. Margaret Constance "Maisie" Williams (born 15 April 1997) is an English actress. She made her professional acting debut as Arya Stark in the HBO fantasy television series Game of Thrones, for which she won the EWwy Award for Best Supporting Actress in a... 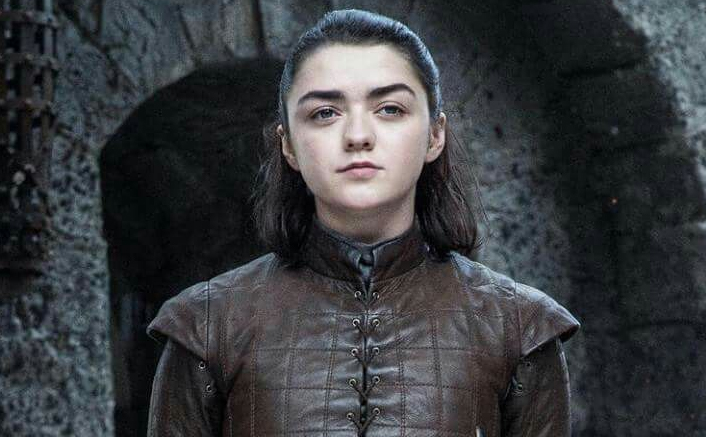 Staff member
Maybe Claire Foy? IMDB
I believe she could carry this role and story the whole way through. A really good actress.

Elizabeth Henstridge? Perhaps a bit modern given her roles in shows like Agents of SHIELD, but her role in Christmas as the Plaza as a historian is something I could imagine Andreth doing.

Elizabeth Henstridge, Actress: Wolves at the Door. Elizabeth Henstridge grew up in the northern city of Sheffield in England. Having gained a first at the University of Birmingham in Drama and Theatre Arts, Elizabeth went on to train at the prestigious East 15 Acting School in Loughton, Essex...

Olivia Cooke, Actress: Ready Player One. Olivia Cooke was born and raised in Oldham, a former textile manufacturing town in Greater Manchester, North West England. She comes from a family of non-actors; her father, John, is a retired police officer, and her mother is a sales representative...

www.imdb.com
Age: 27
Height: 5'5"
Roles: Jane Harper in The Quiet Ones, Lizzie Cree in The Limehouse Golem, Samantha Cooke/Art3mis in Ready Player One

For an older Andreth:

Susan Sarandon, Actress: Thelma & Louise. It was after the 1968 Democratic convention and there was a casting call for a film with several roles for the kind of young people who had disrupted the convention. Two recent graduates of Catholic University in Washington DC, went to the audition in...

Staff member
To clarify what we are looking for with Andreth:

Both actresses should look believably like the same person...but of course makeup/hair/contacts/etc can be used to help that along.

The House of Bëor should be 'Mediterranean' in appearance, so keep that in mind when making suggestions...it's meant to be a broad guideline, but at the very least, dark hair is required for the younger character, and we'll likely be putting silver/grey/white into the hair for the older character.

I have another actress in mind for the younger Andreth, but I'm having trouble with pairing an older actress.

Kaya Scodelario, Actress: Pirates of the Caribbean: Dead Men Tell No Tales. Kaya Rose Scodelario was born in Haywards Heath, Sussex, England, to Katia (Scodelario) and Roger Humphrey. Her father was English and her mother is Brazilian, of Italian and Portuguese descent. Her surname comes from...

Staff member
I do think that Olivia Cooke as a young Susan Sarandon could work very well! Just...perhaps not for Andreth. They would be more likely to fit in the House of Hador.

Staff member
Debra Winger is about the right age for older Andreth. Not sure she could be matched with Scodelario though.

Staff member
Another interesting choice would be Judy Davis.

Staff member
Ok So this is Debra Winger: