Casting Draft for The Children of Hurin

Haerangil said:
Well it IS fun. lots of fun...

If we had the actors for the elves cast ready or Vala/Maia Costumes I'd like to sketch some Actors in Costume... should be quite a challenge.
Click to expand...

Head on over to the costume forum for color schemes for the Vala/Maiar. The casting list is available here, so sketches of actors in costumes should be possible now.

the elves are pretty well dine so far...
if we accept some of the haircuts we've talked about.

for the ainur i'd like to see more drawings for costumes...

Bre's artwork can be seen here:

Please keep the discussion of the Valar costumes to that thread so it's all in the same place; it's off topic on this thread.

I would like Hugh Keays-Byrne as the voice of Morgoth, particularly after his work as Immortan Joe in Mad Max: Fury Road.

Ange1e4e5 said:
I would like Hugh Keays-Byrne as the voice of Morgoth, particularly after his work as Immortan Joe in Mad Max: Fury Road.

I'm not really sure why the currently cast Michael Fassbender would not be able to pull off an appropriate "bad guy" voice with this same level of digital assistance.

Staff member
As should be obvious by now, this thread is an off-the-book casting discussion unrelated to the Silm Film project. 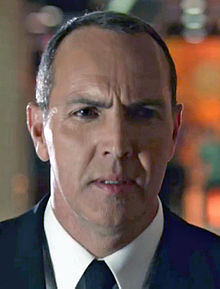 Marielle said:
I like Hemsworth for Turin, especially considering his brother was cast as Eonwe. It seems appropriate, somehow, that the greatest of the Younger Children recalls visually the captain of Valinor.
Click to expand...

Maybe we could throw in a line about this, that he resembles Eonwe when he fights?

I wasn't even aware john hurt had died this year.

I hope jeremy irons still lives, because i'd suggest him as gwindor instead.
E

I'm obviously very late to the party, but I hope this is the right place to suggest ...

The more I think about this, the more I like it.
Redmayne's such a frequent nominee, I'm not sure he'll go un-cast long enough to make it to this season, but I wanted to throw it out there. At this point, I'm pretty sure he's my personal head-canon Gwindor, regardless.

Gwindor would be perfect for him!

Staff member
Yeah, the trick will definitely be keeping him uncast that long! We shall see....

MithLuin said:
Yeah, the trick will definitely be keeping him uncast that long! We shall see....
Click to expand...

Depends on how long of a gap we have between Nirnaeth Arnoediad and when Beleg finds Gwindor.

We could have Gwindor being tortured for Nargothrond and/or a look at life in Angband...