Carice van Houten? We'd have to make her blonde, of course, but I can see her as older Galadriel. Or as some sage female elf figure at the very least; she definitely has that aura.

Haakon said:
I think we should avoid casting two different actors as one elf.
Click to expand...

Really? I think it would depend on how much story we give one vs. the other. I think two actresses could definitely work in Galadriel's case. We already have grown Galadriel in the frame; using the same face for the main story as well may lessen that distant 'long ago' impact of that story. Or it would connect it in a nice full circle kind of way... she is an immortal ageless elf after all...but it would be nice to see a much more (visibly) youthful Galadriel for a change. I do agree, though, that if we were to use one actress Debicki would probably be able to pull both looks off successfully. I'm just not sure why casting different actresses would cause much of a problem.
Last edited: Sep 3, 2016

Staff member
The principle to cast different actors or actresses depending on the age of the character isn't bad in itself and is often used, of course. I'm not sure though that it will work in this project. But I'm not sure I'm right in thinking it won't work either....
We've been discussing the casting of different elves and so far we've mostly talked about elves in the main story or in the frame, not elves who appear in both. This season, three (I think but correct me if I'm wrong) elves will be seen in both frame and main - Galadriel, Celeborn and possibly Arwen's mentor. Actually there are positive effects from doing it: it indicates time passing - and we really need such indicators. But given the problem we seem to have with a great amount of characters appearing for a short time, it might also be confusing.
As you say, the amount of time and story given to the characters at different times matters. We have already presented Galadriel in the frame, so the viewers will identify her as The Galadriel. If we cast two actresses as Galadriel, we should switch to the same actress as soon as possible. The same goes for Celeborn, who should be played by the same actor at least from the Debate episode and onward.
So, I could agree on using two actresses, as long as we are careful to avoid confusion and change to the actress from the frame as soon as possible.

You know, that thought actually crossed my mind. I'm not at all opposed to this alternative. For some reason I've been mentally picturing Rebecca Ferguson ever since that character was introduced, but I think van Houten works too.

Haakon said:
I'm thinking Elizabeth Debicki could pull off both younger and older Galadriel. We wouldn't get teenage Galadriel as in someone who looks like a human teenager, but I think we should avoid casting two different actors as one elf. Debicki is tall, 6' 1 1/2", which is good. 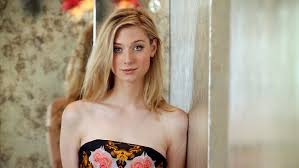 I actually had her in mind for Nienor.

I really like the look of Debicki, especially for a young Galadriel. If we keep her for frame-narrative Galadril (and I acknowledge it would be confusing if we didn't), how would we "age" her? Adding wrinkles and grey hairs doesn't sound quite right for elves. 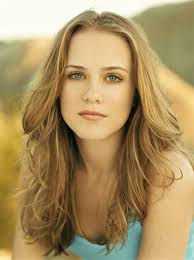 Evan Rachel Wood would be interesting... on first glance, I'd say there's something too "sweet" in her face for G., but that might actually be a reason to do it, to belie the strength within. She's certainly beautiful.

Staff member
I've only really seen her in an episode of the Westworld tv series but I was stuck by the combination of beauty and inner strength.

I don't have HBO... her still photos have a softness about that (I think it's the cheeks), but I think she'd be able to be believable both as young and ancient Galadriel with minimal makeup changes (just changing her lip color might do it). And I like her eyes.

Staff member
The only problem with Evan Rachel Wood that I can see right now is that she's only 5'7". My other favourite, Elizabeth Debicki, is almost 6'3". So if she has to be tall, Wood is not a winner.
You must log in or register to reply here.
Share:
Facebook Twitter Reddit Pinterest Tumblr WhatsApp Email Link
Top