Haerangil said:
It has to be horrifying and intimidating... that would be my premise..

Ancalagon maybe more than Galaurung...
Glaurungs Horror maybe should be exactly thar he is NOT completely unhuman... i think the humanesque reminiscence in him should be the horrifying element..

While Ancalagon... to me the exact opposite! He is Leviatan and Behemoth above everything else... a different category of fear!
Click to expand...

Indeed. When Bilbo calls Smaug "Chiefest a d Greatest of Calamaties", it is an echo of Ancalagon the Black.

I don't know if both of them know

I've begun working on a clay sculpture of Glaurung. It doesn't look like much now because I've just barely covered the armature in clay, but I hope to have all the modeling done by the session on February 13. After that, the sculpture will take a few months to dry enough to be fired and painted.

Would you guys be interested in some photos of the process, or would you rather just see the piece when it is finished?

Amazing! Show them in any case!

The creative episode on Dragons was Session 4 - Episode 22.
Tolkien seemed to enjoy serpentine dragons. Corey Olsen's first impression of dragons as a child were dinosaurs, and thus when he later saw D&D monster designs, he found them to be proper dragons. Trish Lambert's first experience of dragons was Maleficent from Disney's Sleeping Beauty.

First question: Did Morgoth start with a physical creature (prehistoric dinosaur-like creature, giant snake, etc), and then invest it with an evil spirit, or is the form of Glaurung created 'from scratch'? Glaurung is a high ranking Maia (not 'merely' an animal).
Creation of Draugluin and Boldog are the precursors to the creation of Glaurung. Morgoth invests his own power into Glaurung. Glaurung was originally a Maia of Lorien; he is now embodied as a dragon at the end of Season 4. Morgoth transforms Glaurung into a dragon, imbuing him with power and abilities (like breathing fire) and then curses him to never be sated.

Glaurung is below Sauron and Gothmog in the hierarchy of Angband. He is a 'recent convert' to Morgoth. He's greedy ('dragon-sickness'=possessive desire for treasure, without surcease). His interest in the silmarils is apparent. He is only called 'Glaurung' after he becomes a dragon. 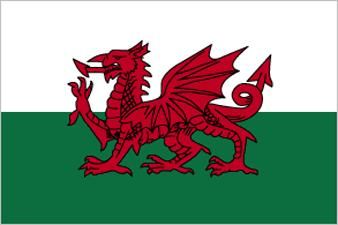 or a rage drake:

Leonine body types are rejected (avoid too much leg). Body structure should be more reptilian (lizard).

Lots of positive comments about this image:

How come we’re revealing so much of Glaurung’s backstory?

Ange1e4e5 said:
How come we’re revealing so much of Glaurung’s backstory?
Click to expand...

I don’t think very much of the backstory discussed in this session will come out in the show. It’s more for our reference so we better understand Glaurung’s character.

Rhiannon said:
I don’t think very much of the backstory discussed in this session will come out in the show. It’s more for our reference so we better understand Glaurung’s character.
Click to expand...

I can roll with that. I thought it was that we were going to talk about all that onscreen.

Looking at speed, he could be very quick "off the ball" and very hard to stop once he gets going, a bit like Reggie White, the late NFL defensive end. White was 6'5", 300 lbs, could bench-press 425 lbs, and could run 40 yards in 4.69 seconds. Teams couldn’t run at him because he could chase down backs and stop them in their tracks. In the pass rush, White could bull-rush offensive tackles, go around them, you name it. Unfortunately I can't show any clips.
Last edited: Feb 13, 2020

Glaurung will be a surprise when he appears in Episode 13. We do have permission to show the-maia-who-will-become-Glaurung earlier in the season, but we have not worked that idea into the scripts yet. Any backstory that is going to come out will likely happen in later seasons as it is relevant. The audience may be curious why Glaurung is such a wild card who clearly doesn't serve Morgoth very directly....and we may use some of this backstory to tell that story. But only if it comes up, in flashback.

MithLuin said:
Lots of positive comments about this image:

I believe I suggested this... I'm happy there is some support for it, although I perhaps think that the features that signal Chinese Dragon too much could be toned down.

Well, etymologically all elvish words for Dragon are connected with snake, so it must have had some importance to JRRT...

Those were my first Dragons...

Nowadays i think dinosaur-dragons are a bit out of date... after Jurassic Park!

Today i'm more going towards Dragons as demonic entities, which is very Tolkien i think.