Haerangil said:
Can't we still switch zirak and telchar? I really would like the idea of having telchar being ziraks apprentice better...
Click to expand...

I am sorry, but this decision seems to be made. They are already talking about Telchar as the dwarf who interacts with Eol. Also, Telchar is known for weapons, which is what the plot needs now. The dwarf slain in Doriath will need to be an expert in jewelry. So,we are introducing Zirak as the maker of the Nauglamir in Season 4.

Do we want to cast Durin this season, as well? We gave him a cameo in Season 1, and while he's not going to feature prominently in SilmFilm, at all, we might want to decide who is playing him for flashbacks or vague, epicy references to him. And also, his five descendents/reincarn


Haerangil said:
Can't we still switch zirak and telchar? I really would like the idea of having telchar being ziraks apprentice better...
Click to expand...

If you can make a case for the necessity, I think we *might* be able to talk Corey around. But I'm not sure what the necessity is. I will miss a bit the parallel to Feanor: the student of the Old Master who surpasses even him... but we need a masterjewelsmith, and if we have Telchar established from the beginning of our dwarven story, we don't really have a place for his/her master. If, however, we can make a strong case for Zirak being the master of both Eol and Telchar, and have it work thematically and narratively, without seeming like we're just keeping characters for the sake of keeping names... maybe we can convince our producers?

Didn't we suggest the same actor for aule and durin?

About the nauglamir... I had hoped to integrate fangluin and naugladur or bodruith more into its making, to make their characters more complex and ambiguous. Using telchar for it seems a bit like a waste of a good character...

Yes, we did! And I still like that idea.

I think you misunderstand... Telchar is still going to be a weaponsmith. It's Zirak Corey suggested be the crafter of the Nauglamir.

But... How can zirak still be alive at that time? I mean... You chose to make azaghal one of the seven fathers to make him able to appear over a greater timespan, and even considered mim. But i don't see how the same can work for zirak..

My understanding is, we wouldn't have Zirak around in Season 3. We'd introduce him in Season 4, as a young wunderkind jewelsmith. Then, as a very, very venerable dwarf (400-plus), he is the aged voice of peace in the dispute over his necklace.

I agree, the dates don't work, exactly. Corey has suggested that dwarves in First Age can be longer lived than in the Third, that they go through a similar "fading" as elves. We also might condense timelines, again.

This was not my idea, and honestly, I'm not in love with it. I get the impulse to have the creator of the Nauglamir be someone important/famous, and to have a senior dwarf arguing peace to nuance the fight more than it is in published Silm., but I actually think having that be the original maker creates more problems than it solves. If the original maker is right there, saying "hey, it's cool, it's Thingol's", then that makes the other dwarves' position ridiculous.

All that being said, I'm not mortally offended by it, either. I'm not as tied to the absolute chronology as some here seem to be, though I do care about relative chronology. I don't mind condensing, so long as it still makes sense (no teleportation necessary for travel, characters have time to be aware of/digest relevant information, children are not having children to keep the family trees moving...) Furthermore, like I stated above, if we have Telchar established from day 1 we don't really have a role for a mentor/master figure. If we don't have a place for Zirak here, it makes sense to keep the name/idea for something else.

Again, don't love the idea. But I'm not made indignant by it.

Staff member
The Nauglamir is made for Finrod some time after the founding of Nargothrond.

Nargothrond is founded in FA 52 and falls in FA 495. It is reasonable to think it took some time to complete, and the Nauglamir would have been made *after* the work was completed. So, FA 100 at the earliest. And obviously well before Finrod's death in FA 465.

That gives us some leeway. Zirak is the bright young up-and-coming jewelry maker when he crafts the Nauglamir in Season 4, and the aged and venerable national treasure of Nogrod Gamil Zirak when he has the altercation with Thingol in season (mumble). Thingol's death occurs in FA 502.

I do agree that if we have the Nauglamir crafted at the same time as Nargothrond is built, then we are pushing it with his age (a 400-year-old dwarf is too much). But there is no reason we can't hold off on crafting the Nauglamir until, say, FA 200, making Gamil Zirak an aged and venerable dwarf of about 350 years. If you believe Dwalin's age in the family tree, he also lived about that long. But...since every other dwarf passes away from old age around 250 years old, it's quite possible Dwalin's age is a typo. So, yes, we might be fudging this.

Which, again, I'll live with. More concerning to me, right now, is that last time some general (implicit) assumptions about dwarrow culture and dams were made without really being examined... I would have to go back and listen to pull out particulars, but I do remember being a bit concerned.

Cliff Curtis was already suggested as "character" on the list; I think I'll go one further and put him forward for consideration as a dwarf. There's something about his look I like for this...

I still don´t see the point. The Execs don´t even seem to have given any thought about using the Lost Tales Characters (Fangluin, Bodruith, Naugladur) for the Nauglamir storyline... which would have given us Gamil and Telchar free for earlier , more interesting storylines without changing too much. I´m not happy.

Staff member
Yeah the dwarven storylines have been neglected. But that's mostly because there's been so much of the other stuff.

..at the moment, but what will be later when we´re dealing with the Edain?

Staff member
Well, I think there will be a lot to talk about when we plan season 4...

Since I suggested him for Dain Ironfoot in the Season 4 sub-forum...

From his younger days 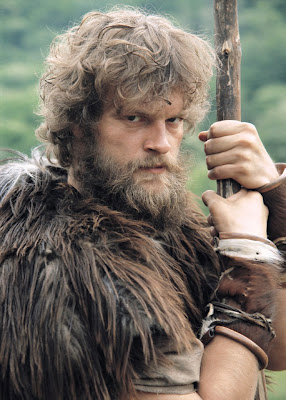 As Greatjon Umber in Games of Thrones 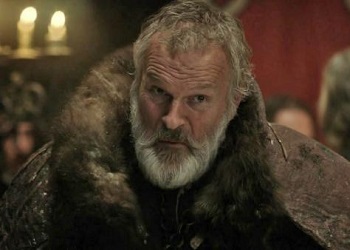